Nine buddies wake up from a bachelor party in NAMafia mension, with no memory of the previous night and Gwez missing, no body, no blood, no DNA, someone cleaned up the mess real well. Few of the members overheard some screaming during the night but were too wasted to go check.

Gwez had no family, so his life insurance policy was evenly split among 9 of his friends, so maybe that had something to do with his disappearance? 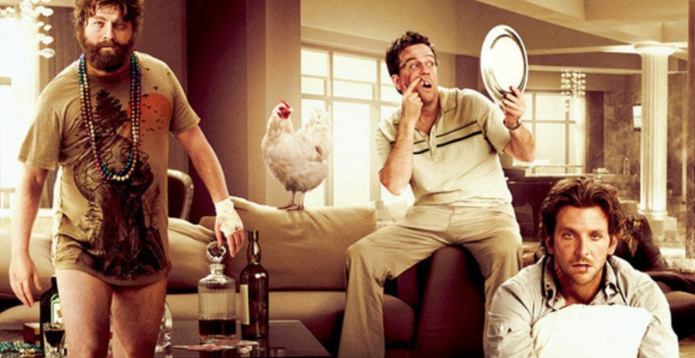 Mafia has no day chat

Ninja - sided with mafia.
Does not visit when killing.
Can night kill bombs without risk. Be sure to vote first.

Hooker - sided with mafia
Visits one person every night.
If that person is a role that visits, they will be role blocked.

Janitor - sided with mafia
Visits one person at night once per game.
If that person dies, only the Janitor will know his/her role.

Tracker - sided with town.
Visits one person every night.
Will know who that person visited that night.

Drunk - sided with town.
Visits one person every night.
Any role that it visits will be role blocked.

Bomb - sided with town.
Anyone who kills him/her will be blown up.
Will not explode if lynched.

Unique mechanics (will update as questions come up) :

Mafia has to pick two players (unless only 1 mafia is remaining) from mafia team to make 1 night kill. One mafia leads, 2nd follows.

1-Mimic does not mimic n1

6- If drunk is on ninja, then the second maf to visit blows up

7- Ninja does not blow up if they kill bomb

8- If mimic goes on a pr claim and turns blue, then either the mimic is fake or the pr claim is fake

Bomb, tracker and drunk need to claim day1. Only the mimic needs to hide day1.

(I still need to fix the bot with removing and adding names, so your votes won't count until then)

Use that code. It always has to link back to the original signups thread

until bot is fixed

Mass claim? We should try to organize a time so we can mass claim at once and catch the counter claims

Contrary to the OP, I do not think drunk should claim (should probably claim D2 or at a later date - janitor ability already used), no chance of fakeclaims getting through unless they N1'ed it. If they N1'ed exactly the drunk then that's that.

Tracker and Bomb should claim, mimic will likely save the tracker role and bomb will act as an innocent child. Also, we will have another psuedo-clear and a possible redcheck by the tracker's N0.

Bomb should claim, mimic will likely save the tracker role and bomb will act as an innocent child.

Wouldn't bomb hiding be better? If we can get rid of ninja, that's a potential win if they misshoot bomb

Is bomb better than drunk lategame? Not sure.

@faZ Kills go through even if the lead-killer is RBed as long as there is 2 mafia alive, right?

You can have them both hide in VTs. That way if scum wants to get drunk, they have to shoot VTs and risk bombing themselves or have to do it until ninja dies and leave the other PRs alive

Then hold bomb claim for a bit. 1/8->1/7 for RB action isn't a huge change. Especially because that require scum to CC VT for RB to block in the VT pool, which makes them more susceptible to tracker.