Pull up in my lamborjni

Made no commits today.

I wrote this today: it's a bloom filter that utilizes const generics to reside entirely on the stack. You can see how 'k' is simplified to a value at compile-time and the loop is unrolled. :-)

M, the size in bytes, N: the number of items in the set.

There's a few unstable flags to introduce more complicated expressions: I was most interested in floats, Option<T>. With these probabilistic data structures, it would be cool to have something like

struct T<BUF_SIZE, FALSE_POSITIVE_RATE, SET_SIZE> // (potentially wrapped in Options) and then have the parameters of structure rendered to constants at compile-time.

The assembly code on this page is easier to read the the Rust.

What can I say? I'm just an Amateur Programmer.

This is now an amateur osu mappers thread

Get in V Rising

At some point I wanted to include Hasher as generic parameter, and then use the trait default to something akin to: H: Hasher=DefaultHasher (or whatever the syntax is) but the compiler was throwing errors at me. Might try it tomorrow.

I refuse to learn C++ as it would render me a Professional Programmer but I imagine this achieved through template voodoo.

In regards to offloading computation to the type system: I very much have desire to read The Little Typer. 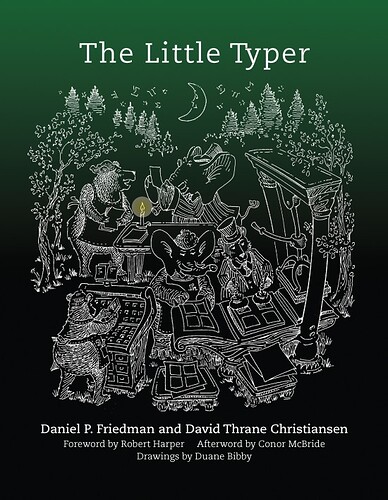 An introduction to dependent types, demonstrating the most beautiful aspects, one step at a time.A program's type describes its behavior. Dependent types are a first-class part of a language, and are much more powerful than other kinds of types;...

I have some massive tome to finish for the book club I joined so I doubt I will be able to make much progress.

New code, What do you think?

@CulturedUrbanite How many commits a day should an "Amateur Programmer" be making? I don't want to make too many, else I would become a professional.

Not really sure why your method is named dodgeChance. That seems like it would be the name of a variable

What the hell is a Method?

Dont fight with me i can traverse binary trees