and believe it or not, mayor pete voters, their second choice is bernie...

could it help bernie snaders? yeah, well if the old polls are correct then yeah, 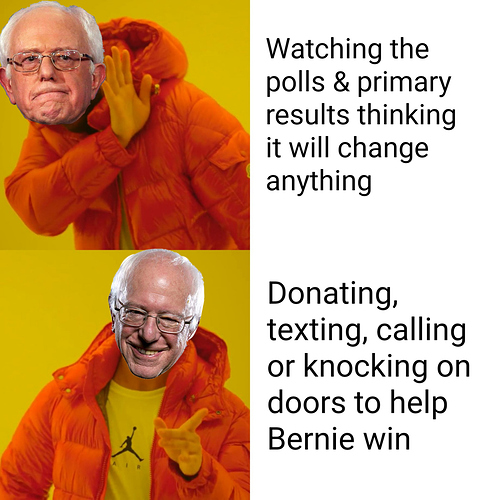 Forcing YOU, the voter, to vote for Bernie Sanders, under threat of bodily injury or harm.