Wahahaha I am mafia mod now! Bow down before me even more you plebeian souls!

welp better just bow down instead!
ill take u under my wing u can be the lbj to my haxity 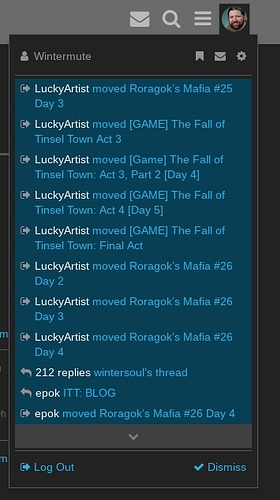 You’re not just a mafia mod - you have as much power as @SOPHIE.

@SOPHIE I understand that you’re trying to be funny by making this guy a mod - but it’s just really cringeworthy and a pathetic cry for attention.
I wouldn’t be surprised if you’re only doing it to get an artificial boost in activity, seeing how this forum has been degenerating so quickly recetly into just jdance and ian spamming.

It’s extremely obvious that @SOPHIE is only doing this to boost activity as if he just wanted to have LBJ as a mafia mod he would’ve gave him Leader like he did to @iaafr - but instead he gave him Moderator which is equal ability to him, just so he could create fake-drama. Notice how the first thing he did was change Jdance’s title, extremely transparent.
Another failure by @SOPHIE Dan.

Look at how many times he moved my post

Get dunked on dweeb