Canadian border more of a terror concern than Mexican for U.S.

Can you guys please invade and end the madness that is happening here. Just do it now. Not later…

Get that wall built first. 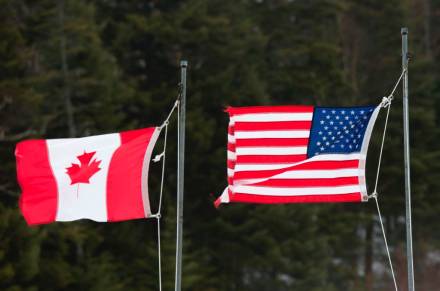 Canadian border more of a terror concern than Mexican for U.S.: report

Most people with terroristic intent come into the country by air and are typically in the United States legally.

lax immigration laws conspired by the government and their corporate minders are economic terrorism upon the citizenry.

yeah bring some tanks, help a brother out

the name of the game is fourth-generation warfare

Scary, nobody wants to admit it. Especially the older gen.

theyre talking about you, the mentally incapable crane inspector

Like educate your children to not be dicks. “I dont like orange president” is not an excuse

name-related bullying isn’t at all painful

And I have written some prtty bad ones today

Congrats if you were trolling. You got me

being bullied is all part of the experience. being bullied because your name is funny is something 100% of people get over

Weird that’s not what the six little black squares say

i guess you could have a nickname “SBS” for six black squares,

yeah a slur isn’t a given name