A BLOG-style thread for all competitive Dota matches, tournaments, qualifiers, team and roster discussion that people don't bother making separate threads for (for the few people who still follow the trash game).

Congratulations to teams EG, Team Team and coL for qualifying to the Disneyland Major.
Looking forward to see ixmike on the big stage again!

sure they dicked over sammyboy but it wasn't totally unreasonable

new Forward made it into Dotapit minor over JStorm, pretty good considering how shaky they looked in the major qualifiers just before

congrats to kartik "kitrak" rathi aka better delete my NADota posts before my sponsor finds out!

LMAO Never forget. Wish I was a high MMR dota player so I could regularly harass kitrak in pubs about it

When did he do that

Atleast a few months before the site got deleted. Iirc he literally edited his posts to . but you could read the edits anyways

I just figured out ur Haxity a few days ago... Lol

really took some effort to manually "overwrite" them

come on haxity dont lie its not nice...

Real talk, If you see Haxity on twitch, steam, dota, et cetera, harass him into signing up. He would love it here, just doesnt know it yet :)

he's all over the place. I just want someone that isnt me shilling to him lmao

some wierd 1v1 tournament for streamers, NA side starting in 45 minutes 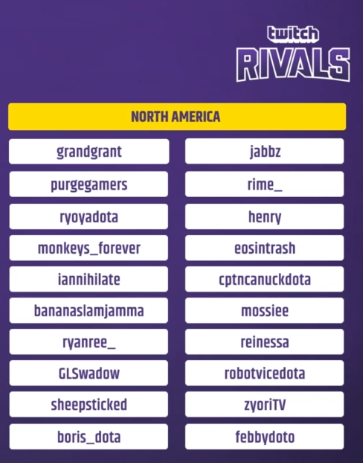