Epstein is dead and Q was right

FAKE
its not him 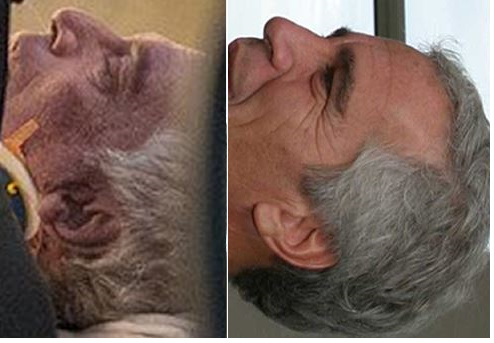 Its confirmed not him

"It's confirmed not him"

What's your personal conspiracy theory here? They faked his death to move him to somewhere safer?

doesnt matter. its not him.

Politicians trafficking and raping children and blackmailing each other: hey guys here's 5000 words about how it's a satanic cult and there's like an owl and shit and they eat pituitary glands

Sex trafficker who served politicians, wealthy & world leaders is under heavy investigation and needs to be silenced dies: Guys it's not him look at these pictures of his nose (they're the same) and his ear (it's the same shape you moron) 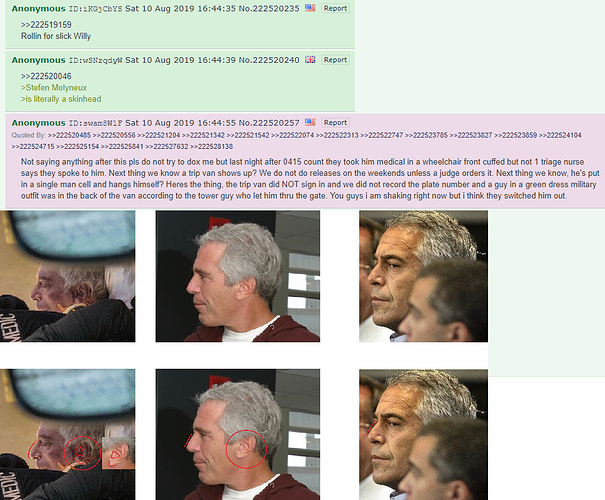