For thine is the kingdom, and the power, and the glory, for ever and ever.

Our Father who art in heaven, hallowed be thy name. Thy kingdom come. Thy will be done on earth as it is in heaven. Give us this day our daily bread, and forgive us our trespasses, as we forgive those who trespass against us, and lead us not into temptation, but deliver us from evil.

For thine is the kingdom, and the power, and the glory, for ever and ever.

When did they add that last part

? It’s always been in it

Looks like they don’t have it in Black churches.

my dads in jail

Pretty sure Protestants are going to hell…

so yes, thats why

also kaptainrobert i miss u <3

Jesus Christ was the messiah masha’allah

It must be really weird to be born muslim in a muslim country - not knowing all the cool things about christianity people talk about on the internet. While I get to know everything there is to know about both.

St. Michael the Archangel,
defend us in battle.
Be our defense against the wickedness and snares of the Devil.
May God rebuke him, we humbly pray,
and do thou,
O Prince of the heavenly hosts,
by the power of God,
thrust into hell Satan,
and all the evil spirits,
who prowl about the world
seeking the ruin of souls. Amen… 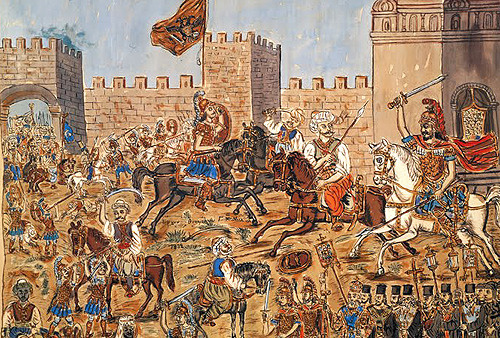 Friendly reminder there is no high like the highest.