. But being a dick became glorified. Whenever anyone was getting animated or talking shit, someone would put a camera on it without any proper context. Sent the message to people that this was ordinary behavior and how you get attention/friends

also somewhat related, i always find it super BM when like someone obviously is pissed/super mad after losing a set and then someone tries to go up to them to like poke them a little more or 'ask them how the set went' ect. i feel like that shit never helps.

Yeah since SFV had it's bad start the scene as a whole branched out to other games, primarily Tekken and Arc Sys games.

The PS input delay is garbage I play on Steam. Even most top players out here in Japan are starting to migrate to PC fighting games.

ya boi is celestial (and i didn't even dodge to get there) : ) 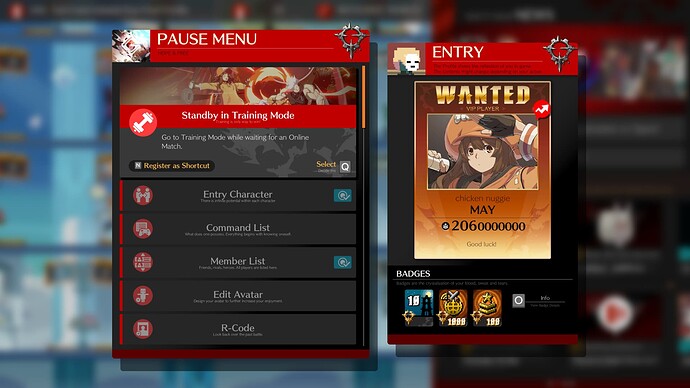 she probably isn't op. people have been complaining about the same May shit since literally like 2002.

nice celestial! the most impressive part of getting that is the perseverance needed to deal with the atrocious ranked lobbies for that long. I got celestial the first two months but I can't handle dealing with that shit anymore. I just meet friends in the park if I ever play.

shes def not as cancer post nerf. I still think shes super good, but the pre nerf 2s and dolphin were a bit much lol

the ranked lobbies are soooo bad. the park is where its at. tbh i probably coulda celestialed earlier if i really pushed for it, but i mostly play in the park.

celestial on testament as well now. working on ky next