NOTE FROM OP: I didn't write this. Saw this posted on some forum online. Thought it was interesting. 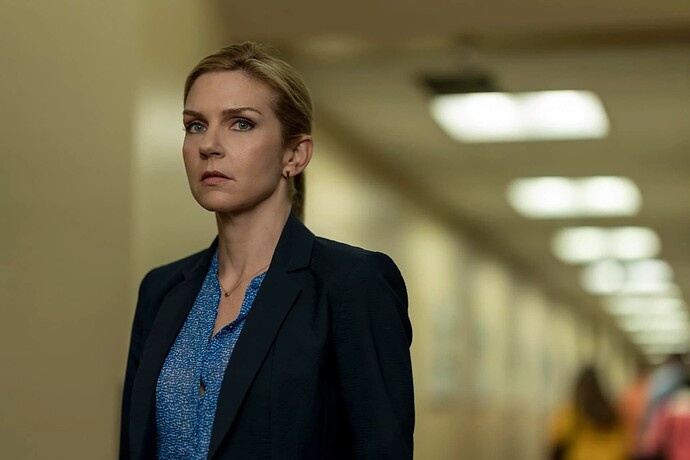 Better Call Saul hinges - more than anything - on one simple question: "Can people change?"

From the earliest episodes, this examination forms the thematic lodestar of the whole series. The audience is clearly meant to ask "Was Jimmy McGill destined to become Saul Goodman? Was corruption planted so deep in his marrow that this fate was inescapable?" Jimmy's is the age old debate: nature vs. nurture, character or circumstance.

Now, that we've seen Kim crush Jimmy's spirit in Episode 6x09, casting him full comb over into the darkness that is Saul, I think it's fair to say we know the answer, and the answer illustrates why it's Kim - not Chuck or Hector or Lalo or Howard - who is the show's true, primary villain . And Kim is, IMO, one of the best written villains of all time.

Now, you may reasonably be asking yourself: "What fuck are you talking about?"

Well, allow me to explain...

When we first meet Kim, she appears to be the antithesis of Jimmy: a ruling-following keener/achiever, who fits the system and would never dream of bucking it. But Kim is a tight-lipped second lead. While the writers show the audience Kim's work ethic, self-discipline and upright comportment - all very real traits - they rarely give us a glimpse of what's going on inside that formidable head of hers. This paints a picture of Kim that, while wholly factual, is also entirely misleading as to who she is.

Frankly, Kim is the one who has "a piece missing". She experiences none of the joy or zest for life that Jimmy does. Where James cannot help but get caught up in the excitement of the con, Kim is ever resistant to rule-breaking - and has to self-control to avoid it - yet pushes herself into deeper and darker schemes, even scamming her own client (!), all chasing the rush of the next successful grift. Kim twice presents Jimmy with the question of whether he wants to be a "friend of the cartel" as if it's a neutral, judgement-free option. She even proposes marriage to Jimmy as a means to cover their misdeeds. And, of course, in the end, it's Kim who presses Jimmy into moving ahead with the Hamlin caper - even knowing Lalo is still alive! - thus setting in motion the fatal collision that we now know seems destined to kill off Jimmy McGill, and entrench Saul Goodman, once and for all.

So, how do we explain this contradiction? How is it Kim can be both a disciplined rule-follower with a level of self-control that Jimmy could never even aspire to reach, but also be our Big Bad?

The writers on Better Call Saul have chosen to unmask Kim Wexler to us slowly, doling out bits and pieces over time, so the best way to divine insight into Kim's motivations - and, thus, the shape of her character - is to combine info from the show with comments made by Rhea Seehorn herself.

In interviews, Seehorn has described Kim as driven by the struggle to gain a "foothold in the middle class" , stating this again and again and again and again. She's also depicted Kim as having a "chip on her shoulder" towards those she feels were handed opportunity on more than one occasion (Vince Gilligan, too).

Now, consider those statements juxtaposed with the two glimpses the show has given us into Kim's past, via flashbacks in Seasons 5 and 6.

In 5x06, we see Kim standing outside her school at night lugging a cello and waiting for her irresponsible, drunk driving mother who's late to pick her up from band practice. Kim refuses to get in the car since her mother's been drinking, walking home by herself instead.

In 6x06, we see a very different scene. Kim is caught allegedly attempting to shoplift a necklace, but getting off scot-free thanks to her mother. Kim's mom is not only delighted at the theft, but appears to be no stranger to scamming. She deduces Kim broke the necklace to render the matching earrings worthless and manages to purloin the trinkets on their way out the door, even congratulating Kim on the con.

What do these scenes have in common?

Both these scenes are about rules and why we follow them. In the first flashback, Kim doesn't seem to refuse the ride home on principle, or in some fit of pique at her mother for having forgotten about her. Kim just calmly sticks to her guns and walks home, seemingly to avoid the possible repercussions of getting in the car with a drunk driver - that is, getting hurt in a car accident. In the second flashback, Kim is caught stealing, apparently on her first attempt, but even as her mother is willingly helping her get out of it, even lauding her bad behaviour, Kim appears genuinely terrified at the possibility of punishment.

In one situation, Kim follows the rules to avoid a dangerous situation when most kids would've been throwing a tantrum. In another, she's terrified at the idea that she almost got herself in trouble with the police even though she clearly got away with her less-than-perfect crime.

Kim goes from ardent ruler follower to experimenting with breaking the rules, but in both cases we see one common element: fear of consequences driving her behaviour.

Kim doesn't follow the rules so strictly out of any strong sense of ethics. Kim couldn't care less about the rules. Rather, Kim is fiercely focused on rising above her childhood station in life - suffering at the hands of a poor and irresponsible mother - and simply concluded at an early age (cello) that following the rules and achieving respectability (law school, workaholic) was the best way out of the seedy state of her childhood. For Kim, compulsively following the rules is not about her nature or character, but a fear of getting caught - the social consequences of being seen as a lowlife .

But does Kim truly have so little regard for what right and wrong, you ask?

Yes, she does. That little. Or, to be more specific, Kim thinks she can decide what's right and wrong, and who deserves reward or punishment meted out, purely as a matter of personal judgement. This is her true form from the get go. Kim goes from being unwilling to rip off a hotel bar for $100 to fleecing Ken Wins for several hundred. She goes from taking Huell's assault on an officer case as a favour to Jimmy to going all in to defraud the court to get him off. She goes from conning the government to help Kevin Wachtell to conning Wachtell to help a random evictee she just met. Kim even terrifies Jimmy himself when she minimizes ruining Howard's reputation over Sandpiper as "a career setback for one lawyer". In every case, Kim's more than happy to let her own moral judgement trump any and every rule - as long as she's sure she won't get caught.

My favourite example? When Pryce calls the cops to investigate his stolen baseball cards, Kim has no qualms about Jimmy lying to police officers to save drug dealer, but when she finds out he fabricated evidence, the conversation takes a hard left turn. Recall Kim's concerns: that Davis & Main will find out, that Jimmy will lose "the best job he's ever had", that " this could hurt you, if they find out ".

And yet all that's nothing compared to the end of 4x08. When Jimmy, unprompted, tells Kim he regrets the position her put her in to help Huell and swears off ruling breaking once and for all, her response? "Let's do it again".

Unlike Jimmy, Kim is never unsure of the right path, nor incapable of following it. She'd never suffer from an uncontrollable urge to flip the switch that says "Do not turn off". She'd never fail to realize that her superiors at Davis & Main would lose it if she ran an ad without their approval. But this caution is all aimed at avoiding disgrace or punishment. Meeting Jimmy was a turning point for her on that front.

As, I believe, Peter Gould put it on the Better Call Saul Insider podcast, Kim learns from Jimmy that if you take all the careful thought and hard work that goes into, say, graduating law school, then apply that kind of focus to the con, you can get away with almost anything. And once Kim realizes this, she is unleashed! In two years, Kim's gone from being dragged into minor scams by Jim to wearing Jimmy down until he agrees to orchestrate an enormous public embarrassment of their former boss, despite Jimmy's clearly and consistent hesitance.

Given the nature of a prequel, Better Call Saul starts off with the audience knowing Jimmy McGill's fate before we even meet him. He's loveable underdog who winds up a soulless sleazebag lawyer to drug lords who poison innocent people with meth. The genius of the show is that the writers get us invested in Jimmy's story despite knowing the outcome, as they enthrall us with the question of how Jimmy gets there .

Well, now we know. Kim is how we get there. The show is about change. And Kim, more than anything, changed Jimmy into Saul. That makes her the villain.

One of the more brilliant fan theories I've read in my time.

Well articulated. I have been thinking the same for a while.

Let's get this thread to a thousand posts.

Haven't seen season 6 yet but will revisit the thread once I do.

It's gonna be a lot different when you're back you better hurry up.

They're diving my tower and none of my supports are tping, Bitch.

Does this thread contain spoilers? I haven't watched the show

One day I will watch this show

DO NOT DERAIL THIS THREAD.
This thread will strictly be about BCS /BB discussion and fan theories, off-topic posts will be flagged and the offenders will be warned. 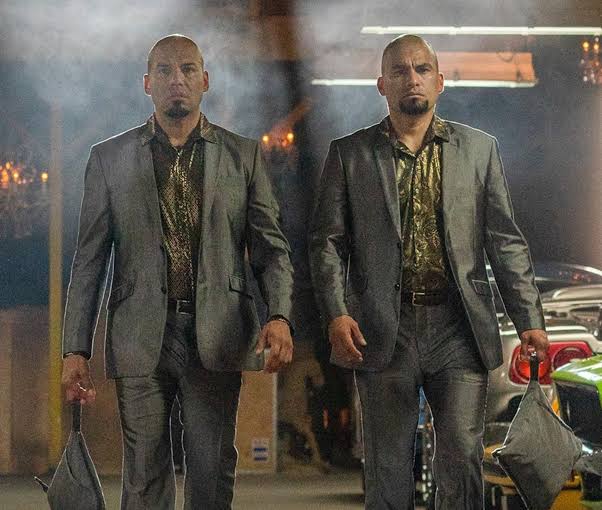 Why you gotta- Sh-ss-shit up my forum man? W-w-why you g-g-gotta be such a b-b-bitch? If you don't l-l-like it here you can just l-l-leave you know? 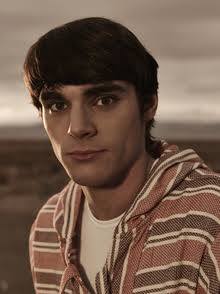 So Let me get this straight: I steal your dope, I beat the PISS out of your mule boy, and then you walk in here and bring me more meth? 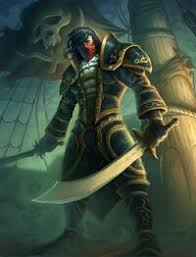 And he gets to be a moderator? What a sick joke. 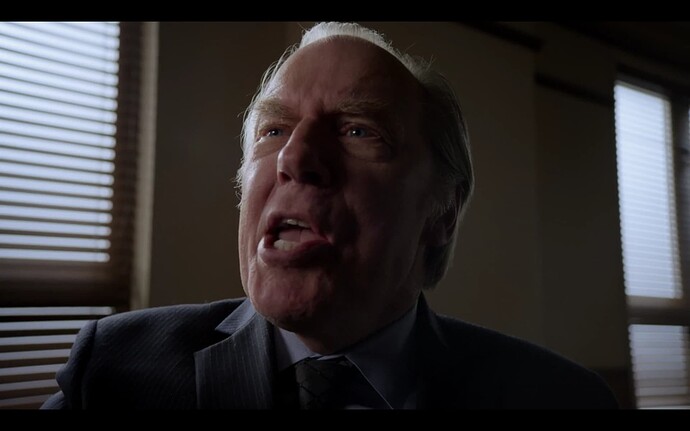