Passed down to you by Cuauhtémoc, Eagle Warrior of Tenochtitlan. The next omen we did not see, but heard: the voice of a weeping woman who cried in the night that she could not hide her children.

Indecision plagued Emperor Montezuma. Was this man Quetzalcoatl, or was he just a man? As the emperor brooded, the citizens grew restless. Cortéz kept a close watch on the emperor, and soon Montezuma became a prisoner in his own palace. Thus did the Spanish take Tenochtitlan without a siege.

The Spanish collected all the gold they could find. They were not interested in our art or ornaments, but merely melted down the gold for the return to Spain.They also outlawed any further sacrifice to the gods. When the priests protested, they were killed.The citizens and warriors of Tenochtitlan were enraged. We knew, even if our emperor did not, that these men were not gods.

The Spanish called it la noche triste, which meant 'the night of sorrows' in their language. At first, the Spanish barricaded themselves in our homes and palaces, but we continuously attacked their quarters.
With stones, slings and arrows, we drove the Spanish and Tlaxcalans through the streets of Tenochtitlan and across the three bridges and over the walls into Lake Texcoco.

Thousands died. Those Spanish that were not killed by macanas or javelins were drowned by the weight of the treasure they refused to leave behind. Tenochtitlan lay in ruin, but the city was ours again. Many brave Aztec warriors died that night as well, including noble Montezuma. The Spanish claimed that our own people had killed him with thrown stones. Thus it was a night of sorrows for us as well. So says Cuauhtémoc, defender of Tenochtitlan.

The populace of Tenochtitlan has been reduced to a shell of it's former self from the vicious fighting and insidious disease spread by the foreigners. Worse yet, the Spaniards have left behind some of their treacherous comrades in the Tlaxcalans to infiltrate the floating city's defenses to prepare for their return. Once per day we must sacrifice someone to appease the sun god, let us hope the feathered serpent Quetzalcoatl grants us the wisdom to sacrifice the wicked Tlaxcalans first. Be wary, the Tlaxcalans are without honor and will seek to thin our numbers at night 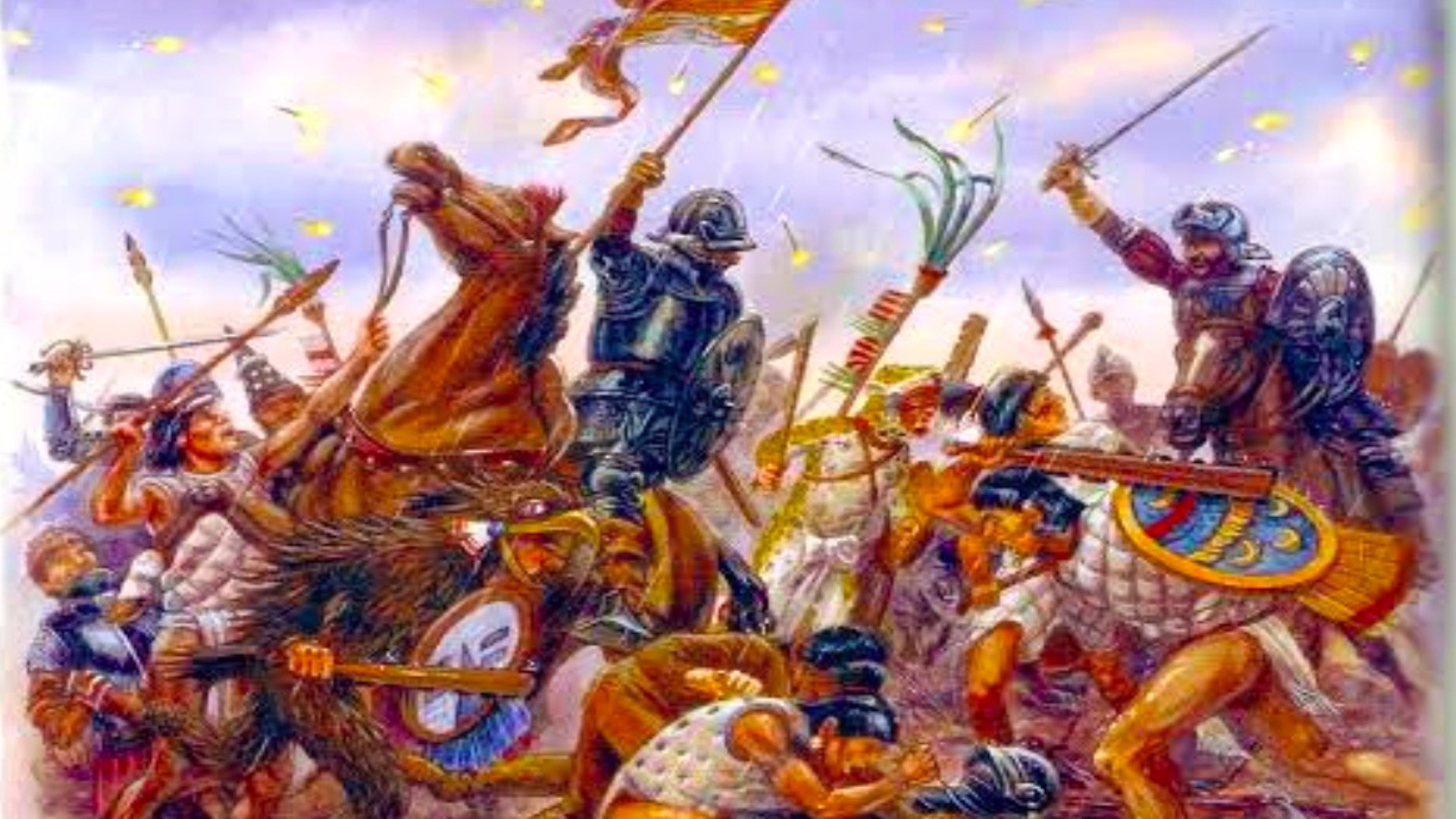 idk how to post all the role pm's in dropdowns so to avoid shitting up the OP I will not post them here. If you insist on being little bitches I will post them later. I promise there is no flavor reveal or information to signal in them

good luck and have fun

Thank you rngesus I was not looking forward to being mafia

Welcome! You are a Vanilla Town

You have no active abilities.

You win if all threats to the town are eliminated and at least one town-aligned player is alive.

I can't read this fucker

hard claiming wildcard
no clue of my role

This is wildly appropriate as Monday is Indigenous Peoples Day. I do not want to be sexed by the Spaniards and have Mexican babies. We must kill the scum.

noting for the record that i am town and currently 2 away from hammer : )

Thank you rngesus I was not looking forward to being mafia

I can't read this fucker

hard claiming wildcard
no clue of my role

stupid gimmick which is in character but ima say scumlean

dick jokes aside why are u so quick to jump on the gwez train?

This is wildly appropriate as Monday is Indigenous Peoples Day. I do not want to be sexed by the Spaniards and have Mexican babies. We must kill the scum.

if ur mafia u know i'm not and don't wanna be seen hammering me. i think that would be in character for you

Where did I say I am scared of playing mafia?

It's just exhausting and I was maf last few games...

why do u want to kill me?

u haven't stated a reason

I don't know why everyone wants to kill gwez. I haven't found him to be any more or less readable than anyone else here in the past. I also don't understand how wanting to keep our mesoamerican bloodlines pure as long as possible is scummy

ewiz, lucky, and ian all got played by me in recent games but that doesn't mean none of them are scum.

out of the three ewiz sounds the most sincere to me.

if i'm scum i try to win