1. LASER is actually an acronym for Light Amplification by Stimulated Emission of Radiation

As aforementioned, lasers work by stimulated emission and depending on the material that is being lased you can get different colored lasers.

2. The first laser was actually a MASER

A MASER, which stands for Microwave Amplification by Stimulated Emission of Radiation, is essentially like a laser but light given off isn't visible light instead it's microwave radiation. The first maser was discovered by Townes, Basov, and Prochorov who won the Nobel Prize for this discovery in 1964. The first maser was built at Columbia University.

3. Einstein had a role in the discovery of the laser

Believe or not, Einstein had a role in the discovery of the laser. If it weren’t for his theory of stimulated emission we wouldn’t have lasers today. Einstein is truly a God in the sciences – he contributed to so much technology that we see today; GPS and lasers are just two of them.

4. Lasers are grouped into classes

The weakest lasers are eye safe and are classified as class 1 lasers. The most powerful lasers in the world are class 4 – these are the types of lasers that can start a fire.

Green (diode) laser pointers are actually infrared lasers which then pass through something called a frequency doubler which does exactly what it says on the tin, it doubles the frequency of the infrared radiation turning it into green light.

This was very helpful thank you. If I wanted to weaponize say an ion laser which type should I go with?

I think you said it. Ion laser. You just need a powerful enough battery 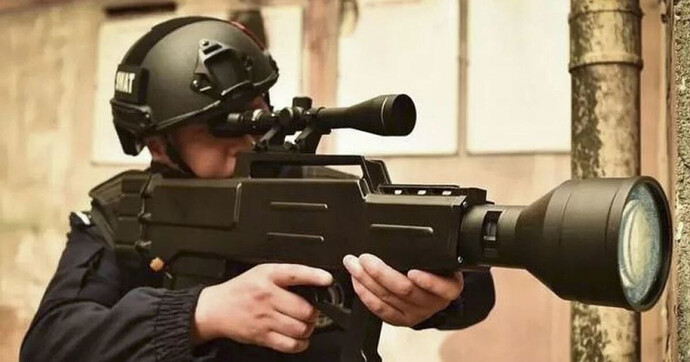