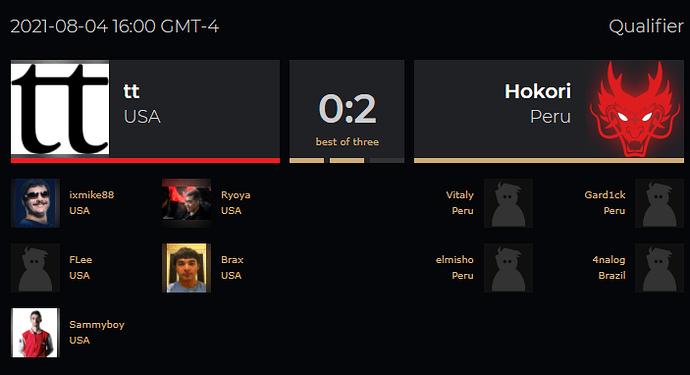 hmm I wonder if there is just a tiny difference in cost of living between the two places?

Boycott what, rising cost of living?

How do you do work math man

Ex 4zoomers wanted 5k per player a month + coach and manager salary + a team house that's about $35k a month.

NA needs to protect itself you cant have people who work for $2 an hour in your space. Capitalism dictates cheapest labour.

Protect your borders you sissy fucks!

Yeah she probably would be all ermahgerd

This is what happens when you give women the vote.

it can be if ur smart with your social media, most players are not.

Like your stream etc. About 1.5k without going to majors per palyer imo + social media reach. It can be okay with prize pools included. Not like you need to drive to work.

in peru its good living. You get to cuck NA for their prize pools and rent only costs $100 a month. $50 for a room in Lima.

You win yourself $1000 thats rent for the year almost

in EU it works because you get like 100k viewers per match in DPC so high salaries are justifiable . NA gets like 15k yet they want EU money they are such princess uneducated on simple economics fucks

it depends. One can make a profitable team in NA they most likely wont win though.

Get 5 top streamers + content creators and bang. dont expect to win TI though.

like you get a mason and sell his viewership to your sponsors thats a chunk of change, but mostly goes to him.

general strike when? count me in

asking for a living wage to support yourself in your given profession isn’t something to be ridiculed, you can argue they picked the wrong profession, or that the profession itself doesn’t have much value

but going “roflmao stupid NA players not accepting $50 a month for their highly stressful, time consuming career with no guarantee of success ROFLMAO” is dumb fuck ass logic

IF NA PLAYERS HAD SOME TESTOSTERONE AND SAID NO BLYAT to palying with peruvians they would have an argument for a livable salary.

asking for a living wage to support yourself in your given profession isn’t something to be ridiculed, you can argue they picked the wrong profession, or that the profession itself doesn’t have much value