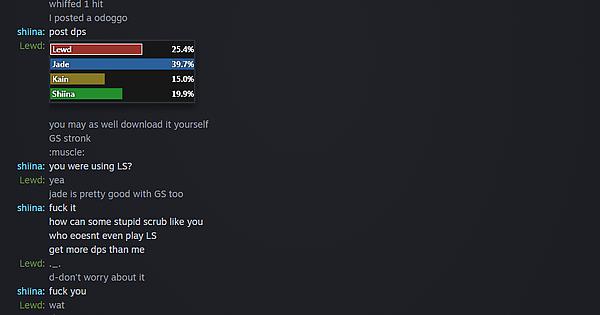 You know the guy’s a moron when he critiques a build for having no defense. Wish I had the jewels to make a build with no defense shit

I downloaded the dmg meter when it came out, and i knew people were gonna use it as an excuse to ape out.
I used it to more easily test stuff, comparing my own dmg to my own dmg.

Have you been grinding tempered elders? That shit isn’t laid back unless you’re cheesing with sleep+4 heavy bowgun strats

Game fucking bores me. Only reason i still played was because of nostalgia.

he’s pretty young he cant have all the hot takes