Moon Tourism - Would you do it? 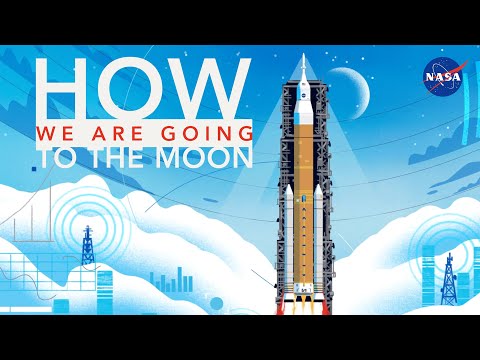 3 days travel to reach the moon. Elon Musk, Richard Branson, and Jeff Bezos are racing to make it possible. Soon, the next generation of Zoomers (Mooners?) will invent a derogatory term for the sad, balding "Earthies" stuck here on the ground - either too scared or too fat to board the craft. Feet in the mud, going nowhere. Jeff Bezos will host a press conference publicly calling you a pussy if you don't want to go. President Elon Musk will come to your house and punch you in the mouth.

So: Are you gonna do it?

The moon is just a big, dusty rock. There's nothing up there.

Mars is a massive sandy desert. Why should I want to go to Mars? It sounds awful.

I say No to the dusty balls of space flight. No thank you.

The moon is just a dusty ball.

The reason you want to go is specifically because there's nothing there.

In the same way Euro settlers flocked to America escaping the landed aristocracy, you go to Mars to carve out a spot for yourself and test out new social / political structures that aren't currently possible to explore on earth due to inextricably entrenched ideas and broken democracies that don't allow for change.

On Mars 90 degree angles will be outlawed. We will live and work in round / spherical buildings where everyone has a seat at the table with Elon enshrined in the center as the Martian Messiah.

Jeff wants to move all heavy industry off world and turn Earth into a biological preserve.

On Mars @REFPSI, unencumbered by Zionist cockblocking, will construct a 4th Reich and bring about an everlasting golden age of anti-semitism.

I believe Jeff Bezos/Elon Musk/NASA are tricking us - they want us to think we should go to Mars/the Moon so they can keep the Earth all to themselves.

Yeah it's probably just some interstellar trail of tears. The red dustbowls on Mars is/are like the Oklahoma of our solar system.

Mars will be a slave colony for people who commit only the worst possible crime on Earth: resisting arrest.

I just bought a gun to protect myself against violent liberals

This is why we need to go to the Moon.

Why don't they even sell green olives in a can

Green olives are trash, I would never eat green olives, but I think they should sell them in cans

mars is like burning man but even less fun

need to invent light travel and find a better galaxy, ours is just bad for tourism