Has the time come???

what was the impetus for this thread, me confused 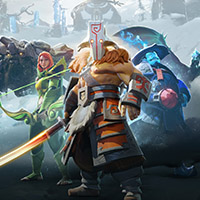 OpenAI has been teaching a group of neural networks how to play  Dota 2 in the hopes they'll be able to compete against a team of pros at The International esports tournament this August.

The bots beat the humans 2-1. Blitz, Cap, Fogged, Merlini, and Moonmeander lost a bo3 to the bots.

Interview with the humans coming up next.

Imagine being that bad at Dota you lose to bots ROFL

I missed the first 2 games, but I want to watch them to see if moonmeander gets killed multiple times and ragequits.

Hey, thanks for the vid

its really amazing how bad the humans played. especially moonmeander. the single most pathetic pro performance ive ever seen.

i think they must have been lagging or paid to throw or something. they really shouldnt be this bad at the game.

the bots werent that impressive imo. Their strategy was just to deathball. Plus the fact that like 4 items were banned and that there were like 15 heroes to pick from or something.

the bots also had 5 invulnerable couriers like turbo, invis heroes couldn’t be used, nor heroes with illusions.

oh i honestlu didnt pay all that much attention. could be that it auto assigned, but like “look at how good my robot can ride this bicycle (with training wheels)” isnt impressive