Plasma has been banned for 2 weeks. He has been shit posting racist/insensitive/targeted harassment for awhile now and after multiple public and private warnings over the last few months i've decided he needs a break.

post whatever u want on the topic. is it too long? too short? was it even deserved?

to add to this

i was drunk last night and aggravated at his refusal to change his behavior and banned him for a year. upon being sober i lowered it to a month. and after further discussion in mod chat i ultimately lowered it to 2 weeks.

he has been banned prior to this(not by me) and has been warned by me personally 4+ times via pms and idk how many times publicly.

ive closed numerous threads by him.

and ultimately what really influenced the anger resulting in a year ban was this. 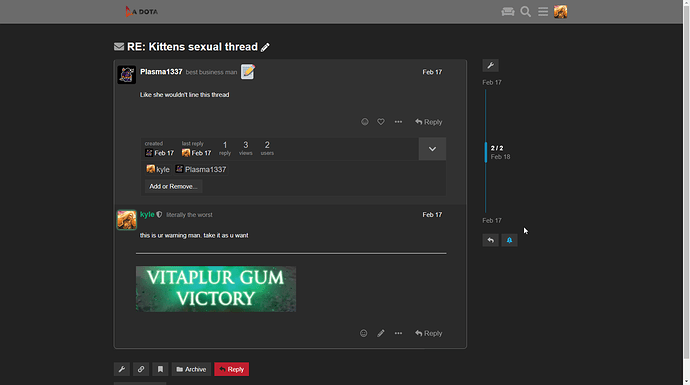 if you feel i've overstepped, or acted stupidly then feel free to state that here.

You did a good thing. You're a good man.

i am shit. never call me a good man.

You did a good thing. You're a man.

Regardless, you can suck my cock f a ggot

yet another dumb polack kicked to the curb... #justiceforpoland #thatguyistrustedtoinspectcraneslmao