roster shuffle predictions, hot takes and all that

old vgj storm, new optic is going to be very strong. sneyking was their weakest link

Abed leaving Fnatic. MidOne probably the candidate to fill that

What happens to Optic’s current roster (ppd and co)? I would imagine they have some contract that keeps them from releasing the current squad?

mason timado team happening or what

I realise this is a few days late 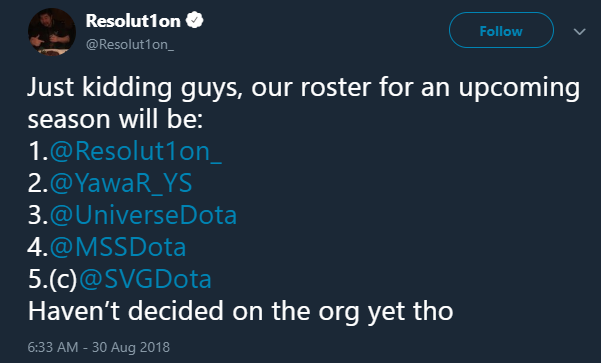 mason timado team happening or what

Timado will never be on a US team if his father keeps controlling his career. His father told several teams that if they want him to move, he has to get paid a salary, which requires a special visa. When they agreed, he got denied, because work visas are hard to get and they look for reasons why he might overstay his visit.

He is young, is not married, has no kids, has no job, lives in Peru. All red flags.His only chance at getting on a real team is to play in SA or EU.

Timado should go to school.

Timado played with Infamous today. He went 7-1-32 as Spectre. 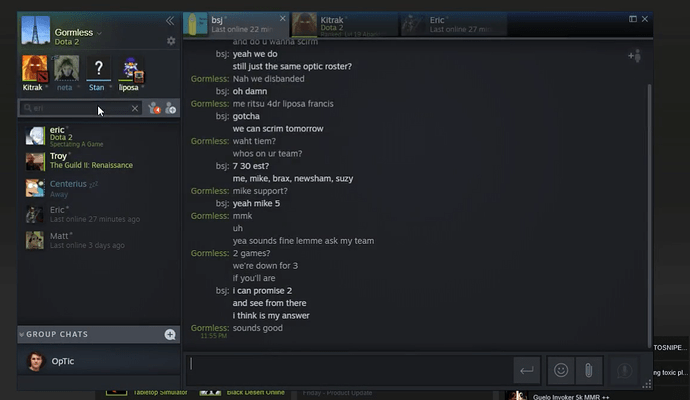 OG were playing so much better drafts wise against WaR and honeslty OGs drafting threw everyone off, including people like WinteR who are pretty reliable when it comes to picking drafts