Hey! It was hard to convey a professional tone for points whilst I was morphing my personality to the playerbase at the time so I thought I would run through some interesting parts of the game. First I would like to thank Roragok as I understand he had more important matters outside of game and the fact that he hosted regardless is admirable and deserves the MVP. I know I know, this is the first game I haven’t got MVP but I think Roragok deserves it this time and I’m sure you do too. Now onto the stats!

—This is the third time in a row that Dan/Epok was lynched on Day 1. The first two times were due to his very blatant mafia gameplay outing him and the third time was due to coming across as either mafia or poor town to everyone involved that the only choice was to lynch him. Now you’re probably wondering about the math: here’s where it gets interesting. The chances of being lynched Day 1 three times in a row is roughly (assuming an average playercount of 13 which is the case):

So what are the odds of dan getting lynched Day 1 three games in a row?

—Most of the AFK players this game were affiliates of Dan to boost the site statistics. His four friends in the game were Zendo(Joey), Gwez, Slowdive, Bazingaboy. Now as Day 1 had 1240 posts; surely these four members; statistically; would of had around 382 posts right? Well you’d think! If we do the math and add up all of their posts through this feature:

Wait so that’s… 78 posts? And that’s being generous. The majority of these posts were just lynch votes or emoji reacts. Even giving them the benefit of the doubt; that’s 78/1240. So what percent did Dan’s four friends make up of the thread?

15% of the thread was made up of four people; all Dan’s friends. Now that is certainly humiliating to the site’s statistics hahaha!

—Another user of the forum has pointed out that Dan tells his friends what to post. If you want evidence of that I don’t want to detract from his view count so I will just link you the thread: Regarding the second in command, Dan - and his motives. Going by this; it’s very likely Dan pushed his friends to sign up to the game with full knowledge that they would not play or engage with the active playerbase. A distasteful look for the community but I can accept it - moving on!

—Dan repeatedly told town players that they didn’t have arguments against him (trying to intentionally come off as scum to get removed from the game?). When I finally caught his attention and linked him to multiple arguments I had made against him (all very low-level as I just wanted to test the waters haha), he abandoned the thread with his tail between his legs. Had Dan just once acknowledged his poor play and explained it he wouldn’t of been such a detriment to town but we can’t have everything.

—The mafia this game hold the record on the entire site’s history for biggest AFK play due to post count ratio: mafia to town. I still knew who they were after Day 1 but was killed due to a game-ruining vigilante. Slowdive would of been lynched Day 2 but Dan’s friends were afk.

—The best town players in my opinion were Nmagane, Matticus and Friend for actually articulating arguments instead of running away from the thread or being AFK. Congratulations to you all

— According to the audience statistics; the peak members watching the thread at one point was 49. I was able to record one of them (he contacted me via PM) here: https://soundcloud.com/user-397781118/theaudience

Here’s to another thousand games of namafia.com! May the best men win!

I enjoyed not being mention. My tactics shall be hidden in the wind. 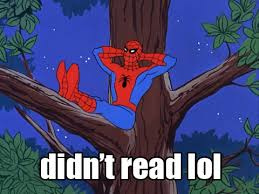 Big L for Big B on this one. Leave the schizo rants to nma pls

I think retros are important. Busy today but I will.post my thoughts tomorrow.

@theGreatWingdingi Repeating yourself like a broken record and never responding to any of my arguments is not how you prove yourself right. It’s just embarrassing for you and everyone watching.

Unreadable how?
Unpleasant how?
Since this isn’t in-game and I’m not mafia; I don’t mind repeating myself. If you give me logically correct and sound answers I will admit that you’re right, but all you’ve been doing is just use buzzwords.
Everyone, even Dan, responded with real arguments (albeit wrong) - but you only post two words over and over.

I am almost convinced that you are just trolling and trying to start shit at this point, because that is all you did in the old site anyway - prove me wrong.

Anyone else here have no idea what mafia is

It’s seems more serious that I had originally thought

You would at least be active - as you are one of the most active members of the forum, unlike Dan’s planted friends (don’t really need to go over this again, just read the OP)

Yes, it is serious. It is the ultimate test of intellectual superiority.

It’s just a game.
The game of flame.
Where Nmagane
creates pain
in my brain.

Next game? I can host if no one else will.

Big L for Big B on this one. Leave the schizo rants to nma pls

How is it a L that you pretended not to read my post? You’re afk and mafia; you’re just one of Dan’s strawmen friend not a real forum user.

You did read and you stole that joke from yns (who stole it from Family Guy).

It’s steal, one more slip up like that and I’ll have to Zeus you bogtrotter