Q: Hello Slowdive and thank you for agreeing to this interview.

A: Of course Kyle, I'm always very pleased to be here.

Q: Yes thank you Slowdive, I am the savior or all things, the best judge, the most hard hitting journalist and of course the conqueror or goys. Thank you for pointing that out.

A: Yes, you did a great job handling the goys as Trump did with handling ISIS and unemployment. This is truly an honor.

A: I think I started posting on nadota in 2014 as that was my signup date. I think I came to namafia a few days after the site was set up, thanks to Dan's advice.

A: I think my favorite poster on the original nadota site would have been airhogs (or @taste_my_rot if you're not familiar). I listened to a lot of techno, house, and other weird shit as a kid, and he was happy to show me a ton of obscure detroit and german labels whenever I would bother him for it, and it was actually pretty formative on my taste in electronic music. For example the wonderful Sandwell District was shown to me by him, and I used to listen to 'em a lot while stacking boxes at Target a lot. There are multiple dm threads I had with him where we would talk about tunes and share amongst each other. Mans got good taste

If I had to choose another favorite poster from the original site, it would be BROODSTAR. He was absolutely insane in some ways but his posting style was really entertaining for some reason. I remember he got me into that first FKA twigs album and would also spam the lyrics to it. Cool.

As for namafia, maybe this would be an unexpected answer from me, but one of my favorite posters is @big_ass (in terms of what he posts, not that we are friends). He doesn't really seem to take anything here seriously, and he's quick witted and funny. I'm also a big fan of @girlpool and @Friend. Shoutouts to @SOPHIE for old times

Q: If you could put two people up for a ban who would have to spar each other in the thread via posts who and why?

A: I guess it would be funny to see refpsi and numeta fight, but I think they share a lot of common ground, so it would probably look more like this: 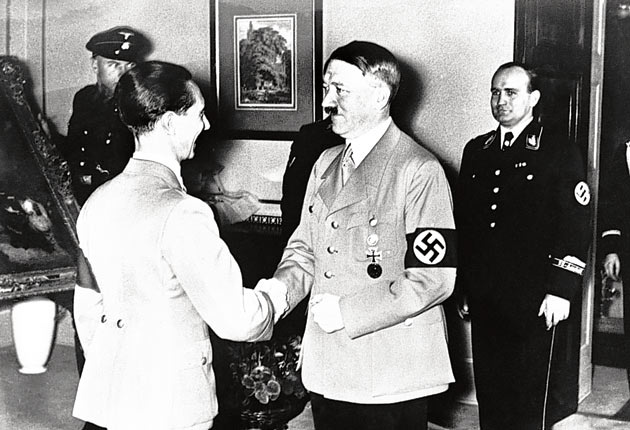 Q: What do you think the current biggest issue on this website is?

A: The inactivity seems to actually be taking a turn for the better ever since the goys were cleaned up, so good job to the new mods @kyle and @KrazyKat for their diligence. I don't mean to sound like a broken record, but race hate and homophobia bother me a lot, so I would say that would be the biggest issue for us. Others do not see it the same way, and that's fine, I cannot control them. However you, being all powerful, can.

Q: Yes I agree that I should be granted even more power thank you, but speaking of power why do you think you were unmodded?

A: It would be entertaining to get all into the details of this, but it was a combination of me banning murs (after he asked me multiple times), banning Jones after reading his death-threats for 2 weeks straight, and unbanning 1 (ONE) nma account while on vacation. I was receiving a shit ton of PMs both on discord and on the site to unban him while I was chilling out on a farm and smoking weed as my only vacation that year. Unfortunately that was my downfall. Dan furry btw

Q: Yes I have also suspected dan being a furry for quite awhile now. Anyways is there anything from your moderation period that happened behind the scenes that you would like to expose?
A: Benny used to discord me pretty regularly to try and pal around with me. Most of the conversations revolved around them being banned or wanting to be unbanned. Not much of an expose.

I'd say the most heinous thing that went on with moderation at that time was the absolutely ridiculous turning of their eyes when it came to Jones' behavior. I suggested multiple times that he should have been banned while he was making multiple threads about you already know who multiple times a day, posting death threats to the same person, etc, and I was ignored. However when I thought it was alright to take it into my own hands after he stepped over the line I turned out to be wrong. This would only change this year, so I've been absolved of the crime of banning Jones in my eyes.

A: The first reason was it was just making me more upset then made sense. I hit 5k (around 2015, maybe 16?) which was my "goal", and I was playing quite a lot for 6 months straight or something. I had been playing HoN and a little bit of Dota 1 since early alpha of the first, and me and my friend got obsessed. There was a lot of on and off play from then til I quit. I have to admit I had a lot of fun and met some cool people, but if I thought logically I realized the game was often making me more upset than I was having fun, so I stopped playing and got a girlfriend who left me.

It's not the same game as I left it either, and I'm sure most people on the site would agree. It's not much like it was when I played it. Too much new shit, and shit catering towards making the game easier.

Q: Where do you get your ideas from?

My political ideas (I guess this is what I'll talk about) come from a combination of growing up in a poor & broken family, both the Ferguson & Stockley uprisings in St. Louis (the latter in which I participated a lot), reading Mao and a shit ton of other political theory (mostly when I was working at a call-center for 6 months, I was a master at having 1 eye on the book and 1 on the screen, though physically impossible), and my little brother. My lil bro was a huge influence on me politically, and vice-versa. He convinced me to march, to think about and unlearn the shitty things we were used to, and to read books by people who didn't look like me and weren't from the same place as me.

Q: Midwest Emo -- Why is it great? Can you share some music?

A: Midwest emo is great because it sounds like where I live. There are "waves" of emo sort of like ska, but I just call it old emo and revival. Revival bands can be more twinkly or more screamy. A lot of the sounds some of these bands put out kind of reflect how the areas I grew up in feel and look like. There's a reason they call them flyover states. A lot of the kids here who don't grow up in the city don't really have much else to do besides drugs or joining the army, so they made these pluckly little bands in their garages about how they felt growing up isolated, depressed, surrounded by alcoholism and such. I'm kind of rambling here.

Ironically, I got into emo around the same time as my breakup and when I became homeless. When I was on my friend Elliott's couch in his basement smoking out of the window I probably listened to "Whenever, If Ever" (the world is a beautiful place and I am no longer afraid to die) "Shipsography" (a compilation of everything by Merchant Ships, one of my favorite and now defunct revival bands) and both Mineral albums (an older band from the midwest) like 50 times each. That solidified my love for that type of music. Their sadness kind of blended with mine. Shoegaze will always be my first love, but midwest emo is a strong second. Some other amazing bands I'd like to shout are The Brave Little Abacus, Snowing, Midwest Pen Pals, Empire! Empire! (I was a lonely estate), The Appleseed Cast, Everyone Asked About You, Marietta, William Bonney, Algernon Cadwallader, Dowsing, and Cloud Nothings who I've been lucky enough to see four times. Also shouts to Snowing again for being very rad.

I am thinking of putting a youtube dump of albums/EPs in the interview thread, but it turns out just typing out all these answers is enough work for me. If you're interested in said midwest emo dump just tag me and you got it

A: This is ten percent luck, twenty percent skill
Fifteen percent concentrated power of will
Five percent pleasure, fifty percent pain
And a hundred percent reason to remember the name

Q: Slowdive: romps or teets?
A: I have always been and will remain a titty man.

but the ass is fun to grab

Q: how is the new apartment?

A: It's actually a real house which is mad. It's right on the edge of Ferguson, big kitchen, nice yard, I'm right next to a park (and a fucking day-care center), I've got my own room for the first time in like 4 or 5 years, and an actual headboard and bed frame. No more sleeping on the floor men. My only complaint would be I have never lived without my little brother so that kind of sucks. It's nice to be out of that section 8 shit-hole I was in before, there was so much stuff wrong with that place. The move was a pain but everything is chilled out now. I got an air conditioner too and fixed my speakers. We rich in here.

Q: do you think life is predetermined? why not, it might be

A: I personally don't believe so but I'm no philosopher or scientist so I will leave that to the smart people (I'm not smart)

Q: What are your thoughts on menstruation?

A: I'm a full supporter of public breastfeeding, and now public menstruation. I believe these views are very ahead of their time. Let it bleed

Q: Have you dated a transsexual yet and if no why are you so transphobic it’s 2020

A: I have not dated a transgender person however my dating pool is open, I would have no problem dating a trans-woman tbh

Q: Do you believe humans have free will?

A: Yes and no. Yay and nay. Kyle should control us all. Kyle can we date? I fucking love you man Kyle whats your phone number

Okay thank you I agree life would be far better if all humans were under my control but unfortunately I currently do not control everyone so they do have free will.

But on that note i'll end the interview because your obsessive tendencies with me are making me uncomfortable.

Thank you for doing this interview slowdive.

Slowdive: And thank you Kyle. This is the most attention I've had since my little wee wee was last sucked on. Make sure to follow https://twitch.tv/slowdivexd official namafia partner and least interesting stream on twitch

I appreciate the kind words @anon31000304 and I'm glad things are turning up for you.

never forget the unruly demodding, slowdive was right on the mark with jones ban

i think a few months after i joined we played in one of those weekly tournaments together, with nyte, kittens and someone else.