the greatest game featuring arteezy and The Arteezy Slayer. an Ep0Ch noScopE WArSToRY

The unstoppable Artour de Force, crushing newbs with his superhuman powers day in and day out. To him, another day of ixdl and streaming, but to observers, a massacre of proportions unparalleled by any other. This is the story of Arteezy and the one who stepped up as The Arteezy Slayer. 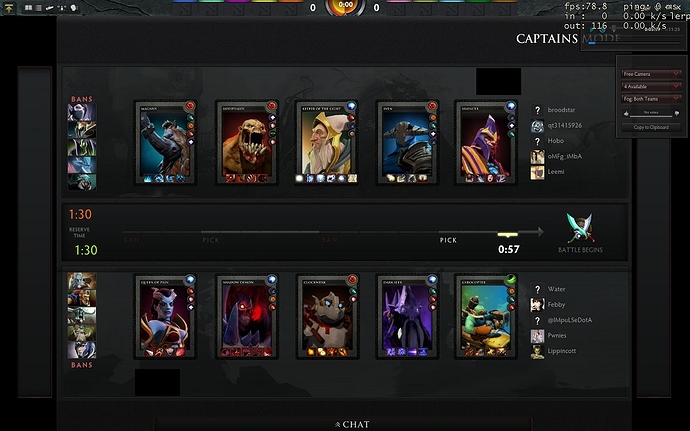 The game started off fairly normal. Artour takes captain spot and I ban Templar Assassin and half the battle’s won, right? Well you’re in for a treat ! Artour flaunts his ever so diverse hero pool and the draft finishes with him taking Queen of Pain. I will be handling the Lifestealer. The lanes are as such:

Top: Lippincott (Dark Seer) vs Brood_Star (Lifestealer)
Middle: Artour Babaev (Queen of Pain) vs oMFg_iMbA (Magnus)
Bottom: all the other people they all suck ass who cares 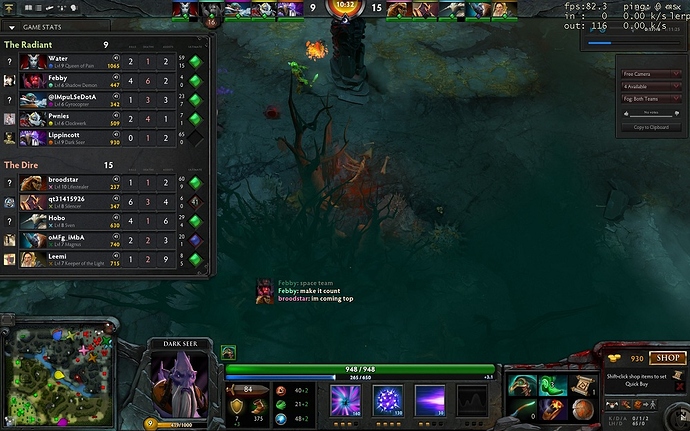 I’ll skip to the interesting bit in a second. From the 10 minute mark, we can see that I’m off to a great start and so far the Arteezy Control Squadron is doing a decent job. Things quickly start to spiral downhill. The odds are against me - I’ve got too many useless shits against two of NADotA’s featured Rising Stars. 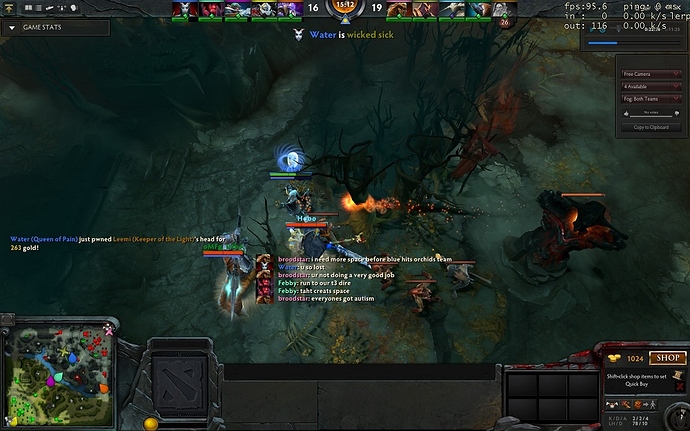 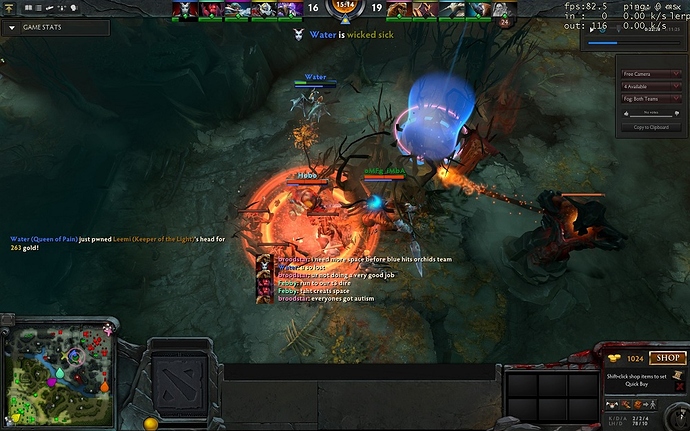 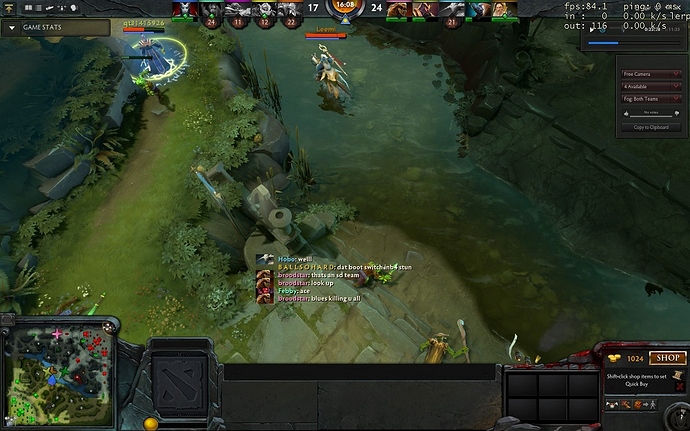 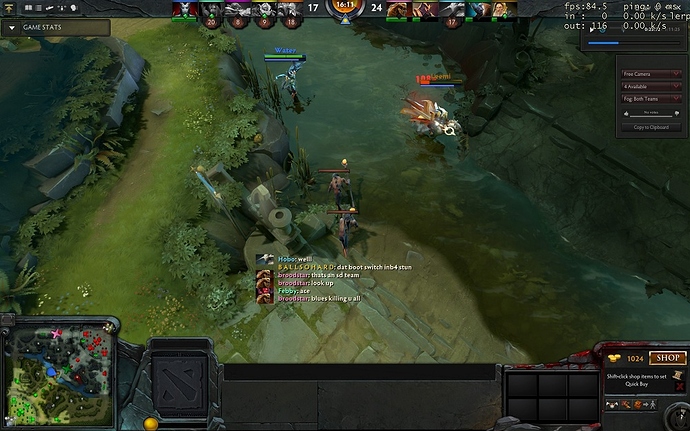 …and my team running into towers… 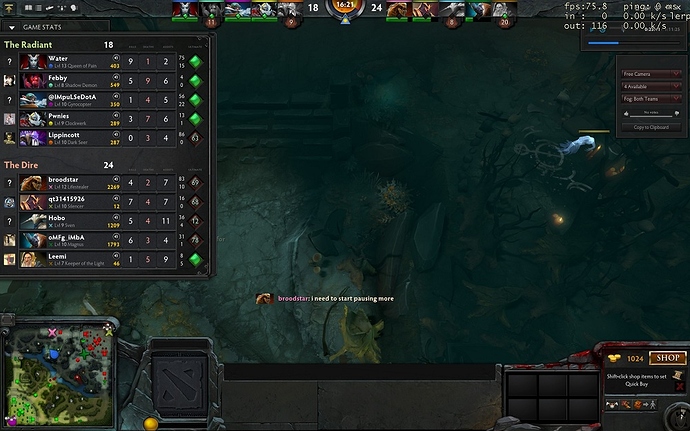 …I decide it’s time to take drastic measures. Arteezy has cemented himself to a 9-1 lead, and it’s time to put an end to that. 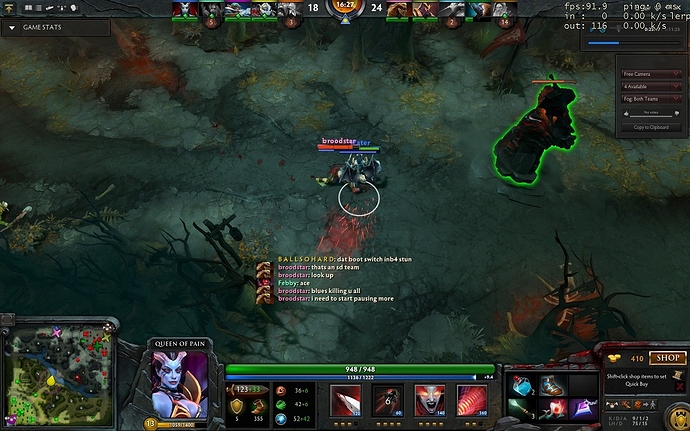 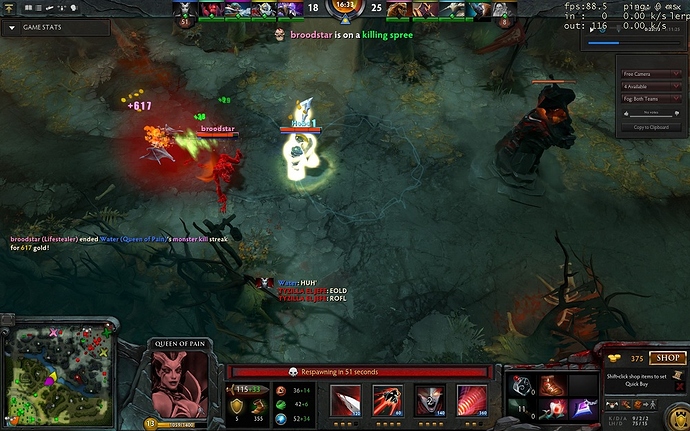 My new resolve has effects almost instantaneously. Of course, no Arteezy death comes without an all-chat so you must excuse his mannerisms. 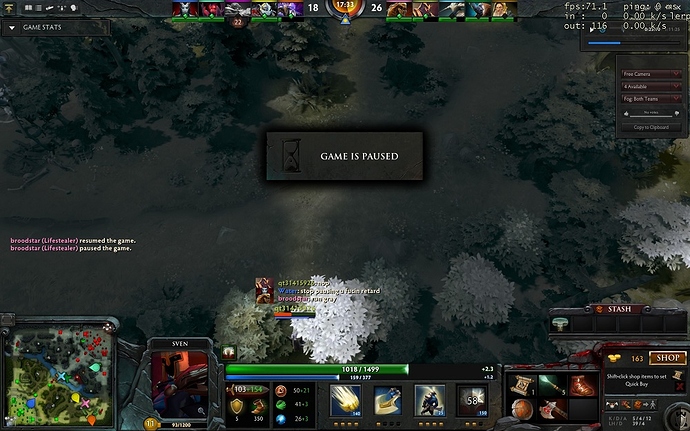 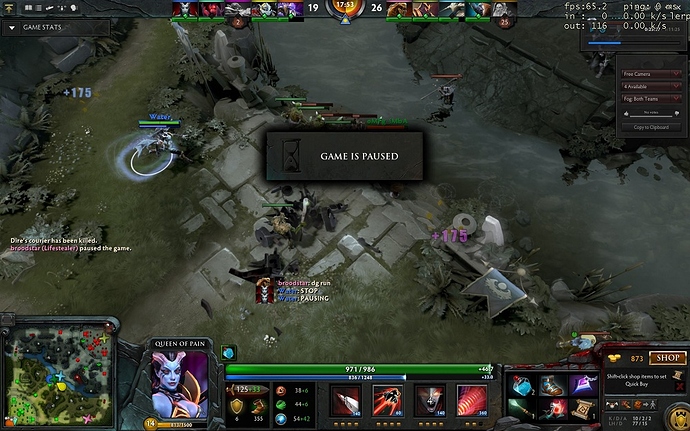 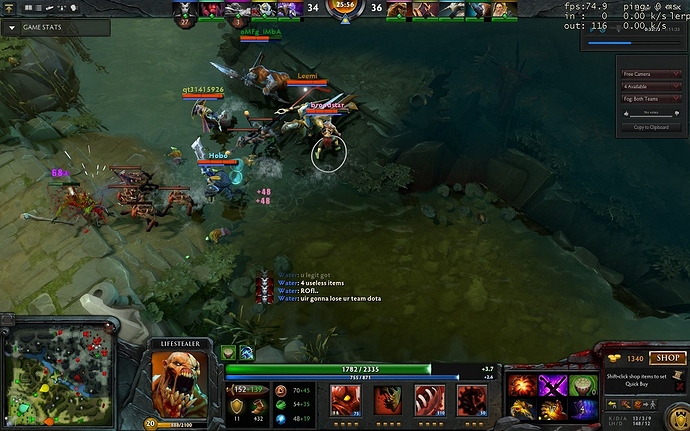 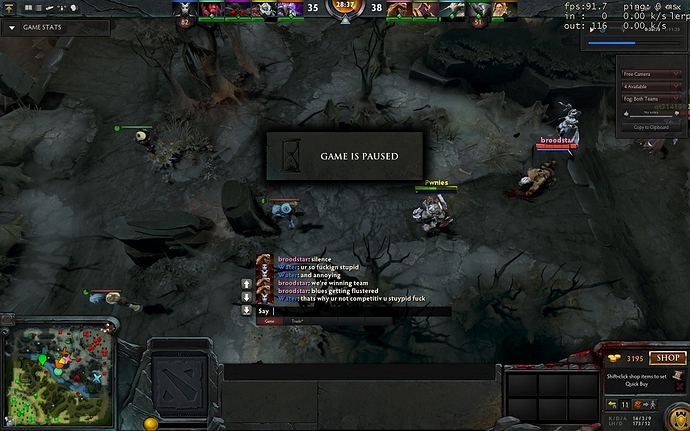 Hilarity ensues. Snippets include “thats why ur not competitiv u stuypid fuck” 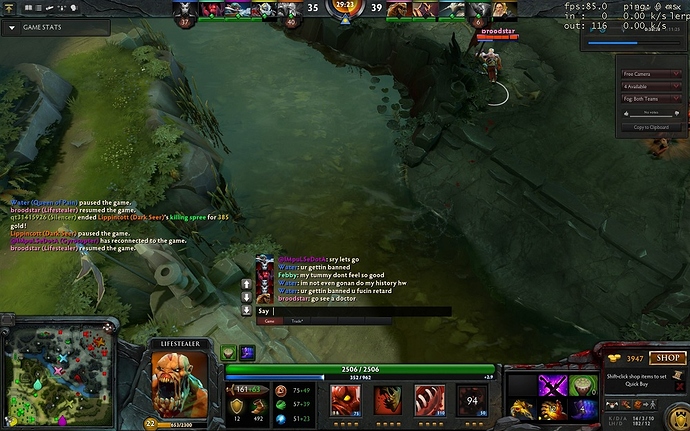 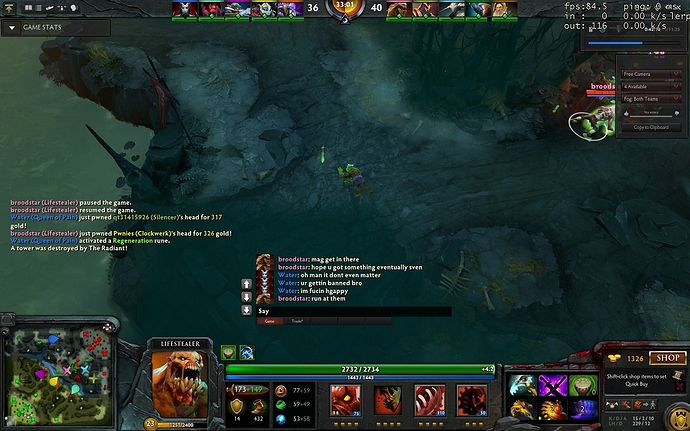 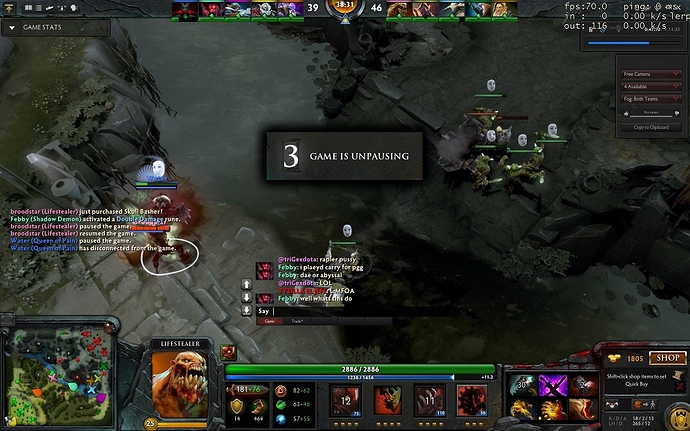 …and the classic “im not even gonan do my history hw”. And how could you have an Artour game without a ragequit? 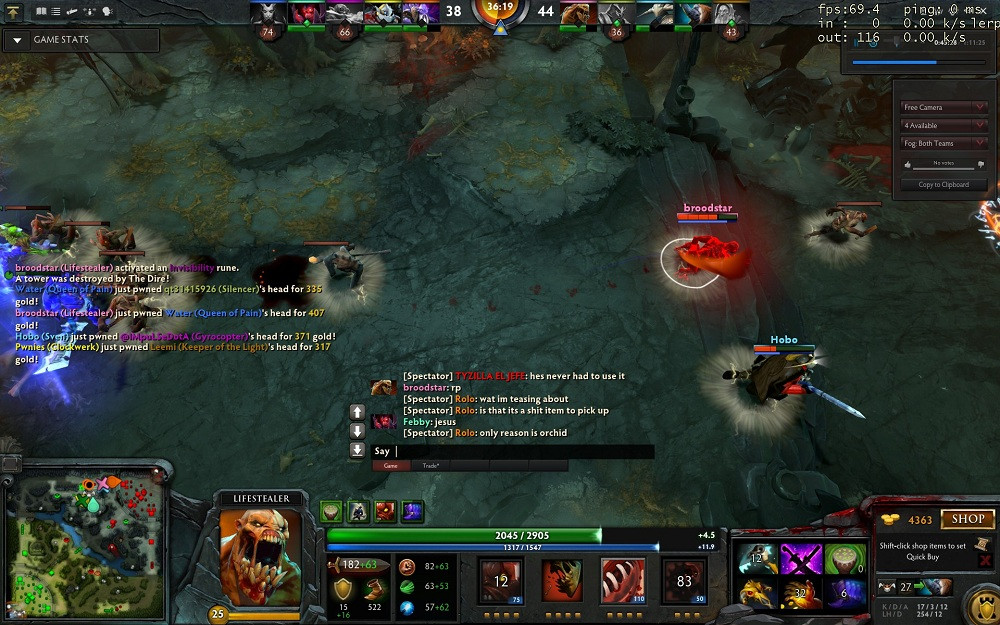 And so we close the game out. Included is a bonus shot of former FnaticNA Rolo aka Slurmzy aka IPlayedOnATeamWithSmurf

Of course, no ixdl game is complete without moon’s incessant need for attention and his superhuman ability to flex his admin powers when they are required.

And so, Arteezy’s downfall is marked by the removal of those he trusts. In the words of Arteezy himself, “I didn’t want to put up with his shit.” Fair enough.

Of course, me and Artour are still friends after all is said and done. DotA doesn’t come between a friendship as strong as ours. Even badmouthing me, calling me a shitty nerdy chink and spamming pics on his stream isn’t enough to ruin our friendship. For proof, here’s a pic with me and 1437, er, Arteezy. We’re chilling at the T Dot LAN. Now I ask: what the fuck do you do with your life? 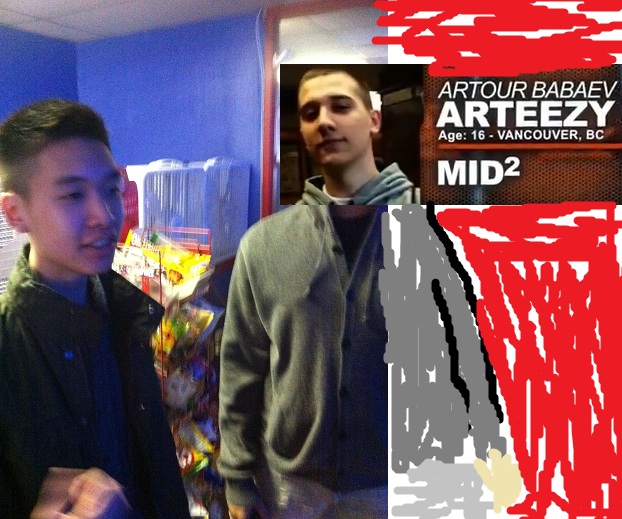 I used to bump this thread every year.

thank you so much

you are welcome! any other threads i can try to dig up on the machine

Now that’s how you captain the arteezy control squadron

Thank god for the library of congress

Do you have Lust's "How to improve at Dota" thread? That one was really good, I hate the way the site got shutdown. The years after I didn't have time for dota but I'd always would try to open the site, support the NA streamers, etc.

I was more of a lurker, but man rip NAdota, was a great internet home

I think we may have met at TI3 Roragok?

So cool to stumble across this site!

ill see if i can find it

Tell us how you do it.
I want to find the Lurie thread about the universe.

I'm thinking it's when you go to waybackmachine, look up nadota, click one of the snapshots and then click sitemap. if the thread was active it might show up in there. when I tried earlier it wasn't really loading but maybe it would work better at night.

@Roragok is that how you found this thread?

Grant claimed to have a total backup of the entire site, but I think he was bullshitting.
Not that it matters now.

I want to see that Legato thread of like short stories or poems. I can't remember exactly and want to see it again.