ahh you still gross though so it's all the same really

This shit actually goes hard in the paint yo

The crash itself is also speculation. Nobody knows what the impact of the virus will be. 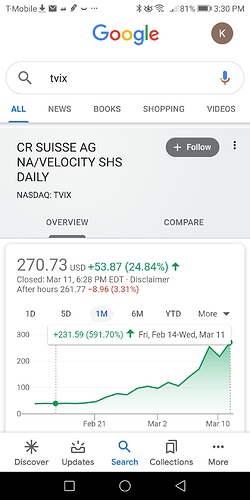 Why would i want the government to bail out any of those industries? You're telling me it will save the economy? I thought free market capitalism was supposed to save the economy ??

Lady on NPR, remarking on Tinder losing users due to corona fears: For now, you may want to Netflix and chill with yourself.

Joke's on you, lady. I've been netflix and chilling with myself this whole time. Gonna keep doing it even if they ban me

sell the calls on next crash day, sell the puts after it calms down, or vice versa

You are just going to lose all your money.

Are you still in boston iaafr?

Sleepy Joe brings absolutely nothing to the table and did nothing in the white house. He's campaigning on nothing and will probably win just because he's not donald trump

depends on how bad the economy tanks from coronavirus