Father, forgive them, for they do not know what they are doing

YOu guys need to understand that these race mixing, coal burning whores, who produce broken families and single mixed children or even abort their offspring do not know the damage they are doing to society and future generations.

Women cant set their wrongs right but a man can. It is up to you guys to protect your women and guide them. Maybe they have already been tainted by degeneracy or even maybe 2 -3 times they will betray you but it is martyrs like those who get betray but teach their women to do better and raise their own biological offspring, that are doing society justice that most men’s pride disallow them to do.

In my own ignorance I called them beta’s, in my own damn ignorance i called them cucks, but when i realized he had no other choice if he sought to preserve his kind, I called him the hero that I was too proud to accept. The man who made the best with a whore who rode more dick than i could imagine within a pornography addiction, and breeded her to create wise children and a future for himself and grandchildren, and put his pride aside even when inevitable betray hit him in divorce.

I am sorry father, forgive us simple men. And with this same forgiveness I look to the women who is a whore and understand she knows no better, but I can teach them and so can OTHER men who know.

I’ve stared at the abyss so long it consumed me I was afraid. And somewhere in the abyss that showed me women’s ability of destroying society and self via the propaganda and hedonism that consumed them in modern times, I saw that I could not leave it to them to find their own redemption, and So i took up the torch and Found myself realizing that it was my duty to preserve this nation and the culture that has been committed to progressing society. and deep down my hatred toward hedonistic men grew. I am becoming deep[ly angry.

my mind falls further away from logic and sense and i have began to embrass a feeling of divinity that leads hope to echo in my mind while the shadows of failure creep and claw at my every moment of rest. I cannot Find peace anymore. BUT i do not need peace. I just need not to fail.

FORGIVE me father for I am no longer sane and I curse and rage at the halls and walls despite their inability to listen. I will Repent in the moment but I will never BURN for eternity for I have NOT failed the future. I am greatly sorry toward my wife who has become increasely uneased as my insanity causes outburst beyond control. Yet she will follow me into the grave so I know I have done all i could to teach her how life is. My only regret is that she could of had a better life, but i have shortcomings. Yet i take pride in her because she is not like women of this world and generation.

My only shame is that she is not of my race, more over i am not of hers. It is okay because her mom was from the same country as me despite being not of my race. I take ease in that but miscegenation is wrong regardless but i know the lord will forgive me.

Youtube and googles AI machine attempts to quel my rage with nice jpn pop music but it never works.

My mind has always been my own and they can command those willing subjects around but not I.

I cannot take back what i know. Nor will i ever submit to hedonism.

Hold my beer im about to racemix

i took my wife by the hand before i knew better. if i could go back I still have full obligation to do it again, for her sake. Because if not me then what man would ravage and take all that she has from her mentally and emotionally and throw her away? What man would stand up like i did and take care of her as I do?

I wish not to know the answers to these questions, for there is no other me and that is why my obligation stands. i know my mind is slipping and her concerns about her safety and future health expand, i fight demons constantly they are in my mind and they creep around corners i hear them behind me when im working, they whisper evil and attempt to plant seeds, but i never water or let sun shine and seeds that do not grow decay.

I’ve never lost to a demon as i grew wiser. 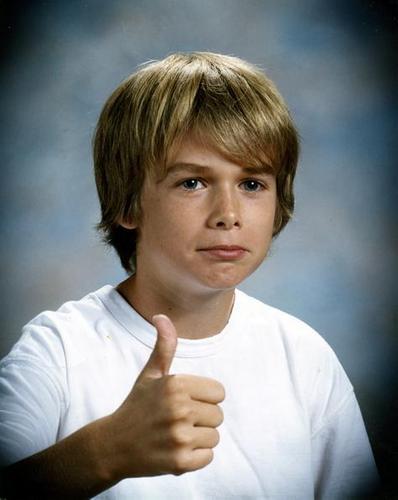 they took everything from me mentally before, they stripped me of all my inner fire.
but something happened something changed inside of me i started to burning and crying and i yelled and i clawed my skin to pieces and i felt the warmth of blood, the blood on my arms from my own nails began to hug me and make me feel better. i closed my eyes and i felt the love for myself that had been long gone. Nothing had hugged me more lovingly than my own self inflicted pain and demise.

i have permanent scars on my arms and sometimes when im really sad. and i close my eyes and begin to tear, i place my hands on my scars and they hug me back, i feel the warmth from every marking telling me no matter what this fire doesnt stop burning. i shouldnt hurt myself but many men have different tools of coping and pain has worked best for me.

My body, my soul, my mind, my heart, are not one in the same thing when i think about it. I punish the flesh with weights and physical work, I punish my mind with knowledge, and i PUNISH my heart with pain and fears of failure. but the soul, i dont punish the soul, I remind the body, i remind the heart, and i remind the mind to preserve the soul. and as i make them stronger, the soul is safer and safer.

Lord. I NEVER FAILED u.

I used to drink mosnter energy drinks to hope that one day i get a heart attack and die.
now i drink them because i like them a lot.

I understand you’re trying to make a joke but every time you mention JP’s name you just end up embarrassing yourself. We all know that Jordan Peterson is not some new age genius (and that he’s clearly followed by a horde of idiots - he’s just like every other celebrity. Just like Kanye, just like Trump), but what you’re doing is really immature and resemblant of posting “drumpf” over and over again, completely out of place and trite.

Rest assured, you will die early if you continue drinking that shit

im Dominican from the Dominican republic, thats a Spanish country from the Caribbean.

Your terrible sense of humor is not really “thread shitting” anything - it has no impact on the thread whatsoever.
The only thing those posts are impacting is how you’re perceived on the forum (as if this caricature personality wasn’t already hammered into the cement).

He knows this. He’s just being racist on purpose for “emphasis”, it’s pretty funny how it’s only fine to make race jokes when it’s convenient for him.