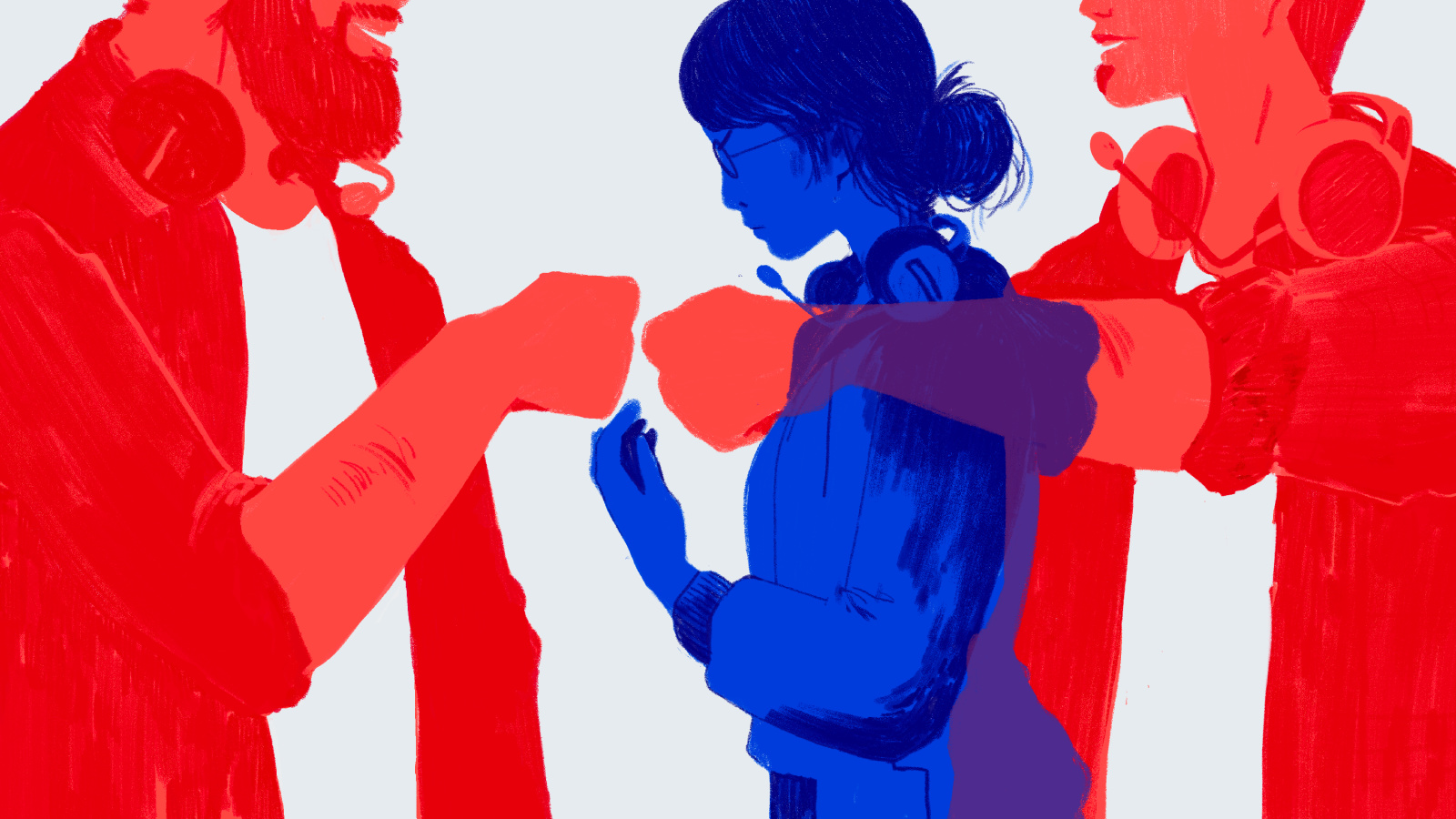 Inside The Culture Of Sexism At Riot Games

Throughout her three years at Riot Games, the company behind League of Legends, Lacy made it her mission to hire a woman into a leadership role. Lacy had heard plenty of excuses for why her female job candidates weren’t Riot material. Some were...

Both male and female sources have described seeing unsolicited and unwelcome pictures of male genitalia from bosses or colleagues.

One woman saw an e-mail thread about what it would be like to “penetrate her,” in which a colleague added that she’d be a good target to sleep with and not call again. Another said a colleague once informed her, apparently as a compliment, that she was on a list getting passed around by senior leaders detailing who they’d sleep with.

In job descriptions, hiring leaders removed the word “ninja”—as in “code ninja”—because seniors at Riot believed it might intimidate or deter female candidates.

Both male and female sources have described seeing unsolicited and unwelcome pictures of male genitalia from bosses or colleagues.

Then imagine that your company prioritizes hiring these people

One of Riot’s male senior leaders regularly grabbed his genitals, the source said, adding, “If he walked into a meeting with no women he’d just fart on someone’s face.”

Video games were a mistake.

Article says they exclusively hire from that playerbase

Used to work with this dude at Staples and he moved to LA and works for riot and this sounds just like some shit he would do.

Things women don’t understand:
Comedy
Current events
Technology
Typing without looking at the keyboard
That multivitamins do nothing
Satire
Irony
What really matters