Can the Tracker find the Jan and hooker before he get's Ninja'd? Will the Mimic find Mr Right? Can the Drunk find a new drinking buddy after the Bomb goes off? These questions must be answered in order to find the leprechaun's gold!! 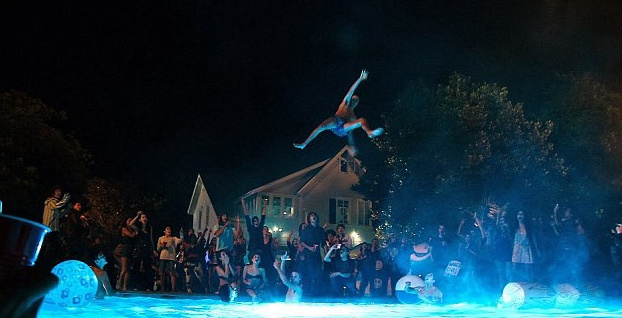 Day 1 starts at 10 AM Wednesday or when all night actions are sent and I'll manually open before then.

Ninja - sided with mafia.
Does not visit when killing.
Can night kill bombs without risk. Be sure to vote first.

Hooker - sided with mafia
Visits one person every night.
If that person is a role that visits, they will be role blocked.

Janitor - sided with mafia
Visits one person at night once per game.
If that person dies, only the Janitor will know his/her role.

Tracker - sided with town.
Visits one person every night.
Will know who that person visited that night.

Drunk - sided with town.
Visits one person every night.
Any role that it visits will be role blocked.

Bomb - sided with town.
Anyone who kills him/her will be blown up.
Will not explode if lynched.

Unique mechanics (will update as questions come up):

Mafia has to pick two players (unless only 1 mafia is remaining) from mafia team to make 1 night kill. One mafia leads, 2nd follows.

1-Mimic does not mimic n1

6- If drunk is on ninja, then the second maf to visit blows up

7- Ninja does not blow up if they kill bomb

8- If mimic goes on a pr claim and turns blue, then either the mimic is fake or the pr claim is fake

Bomb, tracker and drunk need to claim day1. Only the mimic needs to hide day1.

Game will start when I will receive all actions. Likely tomorrow morning 8AM eastern, or 10AM latest.

Still waiting on 2 players, will sub Ian for one of them by 10am (missed him due to bot not being up when he signed).

will start the day shortly

Sorry SCSF/Supa since you guys had minimal notice about game start, this game shouldn't take long I might run same set up back to back if everyone enjoys it.

anyone know how to sub people into the bot?