Would anyone be interested in a game of Neptune's Pride? 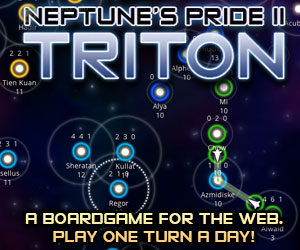 It's a pretty simplistic Risk / 4x style web game where you try to conquer a randomly generated galaxy.

The game proceeds in real time although at a very slow pace, so you can log in and make your adjustments maybe once or twice a day without it being too much of a time suck although you can still certainly camp this thing and no-life it every hour for extra granular control if you so desire.

A lot of the chicanery takes place via pms where you setup alliances and then brutus each other; seems like something mafia palyers might enjoi. 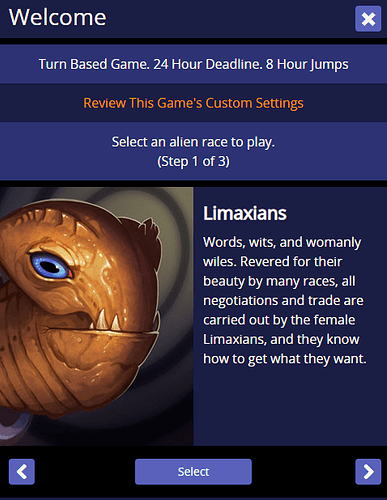 I joined, looks they've added so much new shit to this since I last played circa 2011-2012

okay im in there

OK I'm in. Trying to learn what to do before the game starts.

If I click "submit turn" can I change my mind or is my turn locked in?

seems like it's locked in, I don't think I can change mine now

Thanks. I'll watch the first day tutorial and get started.

Yeah that was my first impression. Grab big resource stars and put at least one point into the stars that have no infrastructure.

I made 3 carriers plus the one I stared with. Sent them in all 4 directions with 3 of them getting 2 planets each. I could do more waypoints and get more stars but I will wait and see.

I see a player in the game called Spitwad. If that's nma then god help us all.

Shoutout to the player called "Grog" wherever you are

He was like the Brood_Star of Neptune's Pride in 2010

Can't wait to start this game. There might be some slots left if anyone wants to join.

I'll join if there's slots when I get home this weekend