Rings of Power: The new hobbits are filthy, hungry simpletons with stage-Irish accents.

Holy shit. So I just watched the first episode for myself; the hobbits have been delegated to a dirty and squabbling class (no joke) with a very blatant Irish Accent. This shit is so racist and Tolkien would have never approved of this. I'm genuinely so angry, Amazon turned one of the best fantasy series of all time's legacy into another way to make fun of the Irish.

It features a race of simpleton proto-hobbits, rosy of cheek, slathered in muck, wearing twigs in their hair and speaking in stage-Irish accents that make the cast of Wild Mountain Thyme sound like ■■■■■■ Day-Lewis. Twenty minutes in, I’m having flashbacks to that 1997 EastEnders episode with the fightin’ villagers and donkeys walking the streets.

The accents embark on a wild journey from Donegal to Kerry and then stop off in inner-city Dublin. The Harfoots themselves are twee and guileless and say things like: “Put yer backs into it, lads.” One is portrayed by Lenny Henry, a great comedian and actor who deserves better than having to deliver lines such as “De both of ye, dis does not bode will” (in an appalling Irish accent). Scouring the internet, there is no evidence of any Irish actors having been involved.

Why do these primitive itinerant hobbits sound like something from the dodgy-Irish-builders episode of Fawlty Towers? According to the show’s Australian dialect coach, the accents are intended to be “familiar but different” – and the Harfoots are meant to have an “Irish base to their accent”, but they do not speak as though they’ve walked out of a “particular cross street in Dublin”.

The portrayal of “Irish” characters as pre-industrial and childlike – simpletons, really – threads neatly into the Anglosphere’s rich tapestry of disdain for Celtic peoples. It brings us all the way back to the 70s – the 1870s. There’s an early scene in which we see the Harfoots, wearing filthy rags, scrabble in the ground for food. What is this, Famine cosplay?

This all tracks with JRR Tolkien’s disdain for Celtic culture. “They have bright colours,” he said of Irish and Welsh mythology, “but are like a broken stained glass window reassembled without design”.

Perhaps he protested too much. Many scholars today draw a line between Tolkien’s elves – willowy immortals from across the sea – and the Irish Tuatha Dé Danann, a semidivine race immune to sickness or age. The parallels between the Irish mythological figure Balor of the Evil Eye and Sauron, the flaming-red iris of Barad-dûr, are similarly obvious. And Tolkien’s great romantic tragedy, Beren and Lúthien (which was inspired in part by the author’s own romance with his wife, Edith Bratt), carries echoes of the old Gaelic epic The Pursuit of Diarmuid and Gráinne.

So if anyone should sound “Irish” it is the elves. They even have a high king. Instead, and of course, these noble sophisticates have upper-class English accents. The grubbier humans sound like Lancashire mill workers – not as cultured as the elves but a long way ahead of the O’Harfoots in the pecking order. Somehow the Victorian caste system has been smuggled into a 21st-century American fantasy series.

This isn't some fake rage post like Jdance does by the way, it's really pathetic that Americans will ruin the tv series to suit American diversity but then take the first opportunity to make offensive Irish stereotypes. Doesn't matter though, because they cast black elves, right?

Maybe the hobbits elevate their social status in the show

So if we can continue the discussion now with non spam users.

Benny we used to be friends. What happened?

What happened was the correlation between threads you created about "goy-club spamming" (which I am not, goyclub is just a thing Jones made up because he has no identity outside his political sites), and me creating threads again. Not to mention derailing topics about legitimate grievances.

Im not trying to derail your thread

You derailed a thread I was interested in between the ongoing (and real) feud between Nmagane and Robert with your off-topic blog posting. 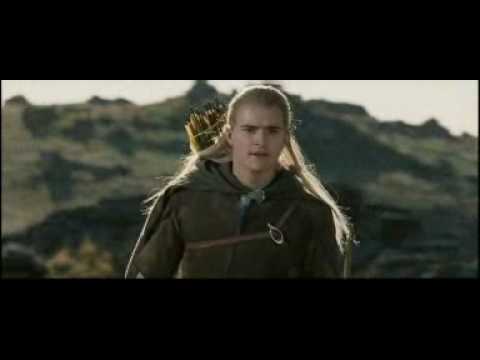 Not the time or place

never was a big fan of tolkien's cultural or racial world building. the haradrim and easterlings are pretty cool but everything else is pretty stock. tbf tolkien crafted a lot of what we consider traditional high fantasy so maybe i see him as a victim of his own success but it's obvious this dude would have an elf waifu body pillow these days

I do think it plays off of the stereotypes/tropes an American audience would expect, but I don't think it is so negative as you would suggest. The hobbits are, after all, warm, familiar, and ultimately heroic characters - I think this accent is presented in this context. The "Irish Influence" here is one of homeliness, friendliness. Certainly these stereotypes extend out of / grew out of a time of prejudice and perhaps disrespect for the Irish, but it is not quite accurate to me to suggest this is somehow a return to Victorian-era prejudicial castes. It is leaning on modern tropes, many of which are not negative, which did grow out of that prejudicial system of beliefs, sure, and do share some of those ideological roots.

I think this is one of those interesting elements of storytelling/worldbuilding. We are fed (especially in a derivative work such as this) material that matches our expectations - it has to fit some mental model we have, press some buttons, so we sit there and say: "Ah! The bobbits!"

Why do the Elves have upper-class English accents? Because they had so in the first movies. Maybe they had this tone in the books. Maybe audiences (esp. Americans) expect this, hear it, automatically associate it with "noble" classes and peoples - yes, all of this extends back through history and some of that history is racist. But is it sinister? No.

By the way, in looking into some of the Irish mythology you mentioned, I was struck that it reminded me of the portrayal of elves in The Witcher. Have you read/have you any thoughts?

I've read similar arguments applied towards cyberpunk and techno orientalism (think shadowrun), although you can definitely argue that these tropes are more 'respectful' than what benny describes

Tbh I think people who are like "wait this is racist!" are just rabblerousers/reaching for something interesting to talk about. yes, all our tropes grew out of some long history and part of that history is racist. Unfortunately that's the way things work. How about instead of writing "film criticism" for "the irish times" you go actually create something - if you are careful it can even be Not Racist or portray irish people in the way you think they should be portrayed.

In short: If you are looking for reasons to be offended by drawing connections to racism in something, there are much better things to do with your time and life.

But I enjoyed reading this one, it was interesting. I just dislike critics/racism-criers in general.