Hello guys ya already know its ya boy refpsi.

Anyway lets talk about the elephant in the room that hides from redditors and retards alike.

I know with utter certainty that Valve practices intentional Match making rigging via complex algorithms that I will detail and explain to you. You see it goes much deeper than hidden pool and FORCED 50. Valve does much worse and its all a ploy to see to it that dota plus is successful. Lets start with the things we know.

So let me be the first to tell you that valve knows exactly who you are or at least has a very good idea of who you may be. This starts with the forced PHone number to match making. As you guys may not be aware your phone number alone usually can be easily used to find out name or even address. The smurf reason for this was just a subtle lie that got the redditors to feed into it. Now that valve has you known they’ve begun making a profile for each player based on all your DOTA STATS and your GLOBAL location. They analyze your hero pool, your matches, your time played, pretty much EVERYTHING and they run it through an algorithm that CREATES your matches. In other words have you noticed that even at peak TIMES you can easily run into the same players or two multiple times? Thats because their algorithm deemed you guys compatible.

It gets much worse as with dota plus’ maximized ability to analyze stats they are able to completely Force 50 a player beyond his control should they deem it fair. But what is worse than this is valve also has implimented a MMR removal system. Players who’s stats they deem unworthy of MMR via dota plus algorithm also known as THE BEAST, they will match in unwinnable games. Now before you tell me unwinnable games are winnable let me explain what they do.

They seed through players hero pools and determine likely team comps, then sort through performances and match you with players who intentionally play what dominates your hero pool and team you with players who will likely be beating by your enemies based on what and how they play. So your chance of winning is greatly decreased. On top of all the nerfs to the INTENTIONAL nerfs to 1v9 gameplay, they can actually assassinate your mmr via THE BEAST.

Lets talk about dota plus. DO NOT SUBSCRIBE TO DOTA PLUS. Dota plus is THE MARK OF THE BEAST, So THAT HE OR SHE may not WIN should HE/SHE not be subscribed. Dota will give you mercy and assist you in winning should you be subscribed. They also modify this for players who spend more money.

The idea is to weed out good players who do not contribute to the market. By removing those who are good but do not buy you can create a more enjoyable experience for those who spend money and thus create a popullation that IDOLIZES cosmetics.

I was the first of many to be assassinated by this algorithm but i was not and will not be alone.

Ya dont care that valve has admitted to match fixing and altering matchmaking and yet want use to believe that its all good and that good players get high mmr. The phone number was the first step, dota plus was the second please refer to the quote below.

“The second beast of DOTA will cause ‘all, both good and trash, low and high mmr, daily or weekly player, to receive a phone number to account or subscription to dota plus, and that no one may play or win except one who has the subscription, and the phone number to his name’ (REFPSILATION13:16-17).

Refpsi SHUT the fuck up dude

Want to join my discord

Shut the fuck up jdance this thread is for refpsi to drop knowledge bombs, not for your inane bullshit

I can do that.

“The second beast of DOTA will cause ‘all, both good and trash, low and high mmr, daily or weekly player, to receive a phone number to account or subscription to dota plus, and that no one may play or win except one who has the subscription, and the phone number to his name’ (REFPSILATION13:16-17).

I always thought my wr was 50 because I’m not good. Thanks for clarifying the real reason!

i prob will if i got the time

do not do this

DO NOT SUBSCRIBE TO DOTA PLUS. Dota plus is THE MARK OF THE BEAST

This is an interesting conspiracy theory. Will continue to read thread. 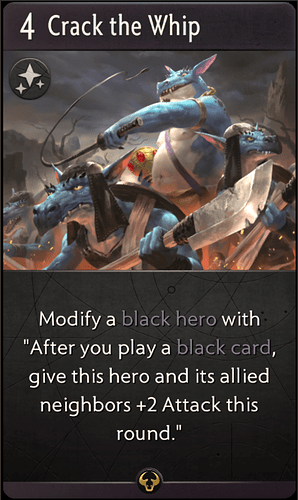 When do they not