I wrote this because mods are getting mad at me supposely spitting nonsense, but I wanted to collect myself and reveal the things I know. I am Refpsi, a dota player who was 5.3k in 2014, and reached a peak of 5.9k in 2017. Since then I’ve been attacked and destroyed by things I couldnt begin to understand at the time. Here is my journey into the truth behind valve’s match making algorithm.

Before I start I will write this disclaimer, if you read this do not give up hope, do not quit, and do not falter. Things can be better but only if we work together to make them.

Let me take you back to 2014-2015, I was peak prime dota player, I got accepted to NEL via Nadota, I Had just started to make a name for myself. None of this is important to what I found, but I have to state it because people accuse me of making excuses and being 2k or low skill when I tell them the truth. It is their first defensive response. Their second is denial. In 2017 I climbed up to 5.9k shortly before they began seasons, I write this because its not important but it is the first thing those who do not believe me bring up.

I began to lose, and not just lose one or two, I’m talking abnormal losses, games well beyond my control, feeders, game ruiners, un-winnable games. I didn’t think much of it at first until I found myself winning 50% of matches again, almost all the time. I decdied while i’m down floating between 4.6 and 5.1k I’ll do some research into valve. This was my biggest mistake. I found something repulsive but and I began to tell people.

Valve released behavior scores, you used to be able to look these up on your profile behind some developer 1 and console commands. Valve was using behavior scores to adjust match making. I didn’t really think it was an issue at first, I thought cool, now if I behave good I get matched with other well behaved people, this should decrease my losses, but it didn’t.

Instead I dug deeper, I found out that valve was analyzing all matches, all player data, and all game results. Everything was saved and could be accounted for, most players dont care they think its cool they can see what games they played in 201X. What they didnt understand was the realization I found deep within my search.

Valve has complied an algorithm that is completely responsible for match making, it analyzes all data from all players currently queuing, and matches them up accordingly. It uses all your informatiom, your allies information, your enemy information to predict, outcomes and fix matches. I was repulsed and I thought about quitting constantly, I had realized that this match making had some sick twisted preferences in making me lose, and I tried to pin point why. I found my answer when I thought about override.vpk and cosmetics in general. The system had began to operate for profit, and valve had began to hire psychologist, and do analytic research to not only keep people playing, but more importantly to keep people buying.

Valve broke every rule that had behind cosmetics, it used to be by the player, for the player, and it had to not alter spells, and keep the character model still recognizable. That was the commitment, that was the promise, that was broken, Valve took over cosmetic creation and created more outlandish more drastic and more appealing ones, so slowly workshop creators could not only compete, but they loss lots of profit, removal of override vpk was done so that you must buy for these effects. They removed it under the guise that people were using it to cheat, but scripters and botters are still common and still active in match making so the excuse falls apart, the real reason was simply profit. They could greatly increase profits this way.

The ones who buy stay, the ones who don’t get manipulated into buying, the ones who continuously refuse, are sent to lose continuously, in this ever growing, always improving abomination of a match rigging machine. It will continue and it appears hopeless to believe that it can be beaten. Valve also dumbed down dota and used the help of psychologist to appeal to who they felt were buying the most. They wanted to make people play just enough to buy, and enjoy it just enough to keep playing and buying. And so the dismantling of dota began. All balances were done in an attempt to not better the game but earn more profit.

They realized the ones buying cosmetics never thought they lost because of their own fault, they also werent the exceptional players who win single handedly. So they balanced the game to be more of a cluster fuck and more rewarded to just spam and press all your abilities and hope you win, they removed a lot of 1v9 benefitting things because 1v9s were not the customer, but 1v9s were the real dota players who always searched for a way to win, and not search for more ways to look good in game.

Welcome dota plus, the reveal of their machine, now you can subscribe to it, and acknowledge it’s existance so that it can favor you and put you into better matches for a price. What is ironic is valve claimed to never add quest to the game but decided to sell you quest that you can pay to get, and reward you for doing things that may not be productive to the real goal of dota which was to win.

Valve used this match rigging against me because I warned people of the dumbing down of dota, I refused to buy and I continuously spouted on and on about how bad the game was becoming due to these changes.

When I saw what had happened I realized, I could upset the machine even more, I began to grind without buying cosmetics and win by pure skill and communication with my team. I REFUSED to buy and I continued to not use a single cosmetic. The machine that had nothing but my worst interest in mind, that was when my real task began. I had to tell others the truth.

When telling others, i’ve run into several problems. The first is the non believer, who doesnt see how dota plus which tracks all these real time strats could possible be responsible for match making algorithims despite his awareness that valve has admitted to using behavior score to fix matches, and has constantly messed with match making algorithms in the past. They will also refuse to acknowledge the truth that valve indeed hires psychologist…

The second is the demoralized player who does not see how great dota was or how great dota can be if he was able to force valve not to balance the game for profit, but instead balance it for improvement and rewarding skilll. They do not care at all about the issues at hand, they will tell you that the balance changes that removed the individual being a star are good, needed, necessary, important or fair, or even idolize the comeback mechanics as good not realizing that a come back used to be earned, not given to you via picks.

The third is the valve idolizer who cannot see how a company that operates for profit can be capable of any evil. He will just talk about how great valve is, he ignores any negative valve information.

No matter the advisary, I contine to tell players the truth. Valve is using algorithms and psychologist to mess with dota players to maximize profits, and they do not care about dota 2 unless it is profit. To take back this we must stop buying and force them to care for our lovely game. 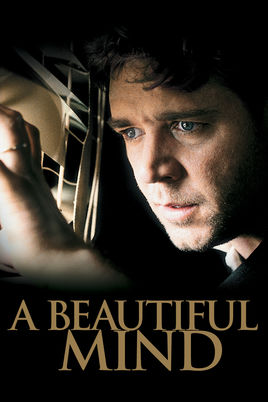 Yeah take this down immediately before my sponsors see it

thanks for all the support fams.

u got any good shit huber

Its basocslly required if youre pro

and slowly u begin to understand…

the thing is so horrible, i wake up having nightmares im playing dota two. and suddenly im paralyzed its creeping behind me and it whispers… Press accept… feed me…

GOD its so digusting and it keeps growing.

I cannot set this right alone, i have to keep teaching people not to buy.

THE nadcl discord mod louis who i found out is herald 2 has stopped me from posting. But he knows the truth and so does everyone who read my post.

I’ll make a video on it later. they keep saying i cannot prove it but i can

We are feeding something the normal dota palyer cannot understand regardless of his skill in the game. If he still thinks that these algorithms and match fixing machine have the communities best interest in mind, he is wrong, and i will show him.

got the video on the way.

and so it begins.

.https://youtu.be/9S1VbcUo42w?t=443 like this is what crazy old black people ramble on about lmao

i am pretty sure they are hiring psychologists to make UX improvements to their game and figure out how to punish bad behavior and reward good behavior. the psychologist might be responsible for shit like the hidden pool and LP but they were selling cosmetics like hotcakes before they hired a single psychologist. the closest thing they do to what youre describing is probably how the battlepass is made to be tantalizing and how they encourage u to dump money into it but that’s every fucking game