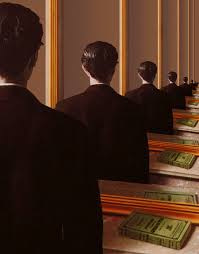 Furthering on from that oh yes you would think that at least he of all people would be able to see himself and know himself to be - indicating someone’s own self-awareness is hand and hand with what a personality is. And if he’s thinking then he is and he is aware and he’s right although and playing devils advocate to himself the thing with most people is they don’t come to the conclusion that I have that most people who I perceive to be insane do not perceive themselves to be insane still feeling and felt had he reeling in hell - Tunnel walls replaced with houses. Tunnel floors replaced with streets. Polymer roads stretch out in erratic direction past more gates, street-signs and pastel-painted doors. I know who I am but I don’t know that in the future - as in - when this progresses - I won’t know who I am - and if time is all at once then if I won’t know then I won’t know now and how come - there’s thirteen of me there’s thirteen of me - we’re all under the same mind but the body - separate and desolate and
Roles

1x: Town Fallman:
This role allows the player to choose another player during the twilight period (night) and slip into their shadow. In gameplay terms - they will see whatever this player’s night action is - however - if the shadowed player is targeted for a night-kill or vigilante shot, the fallman will die as well.

1x: Town Dedalus:
Haunted by the ghost of his dead mother, at night the Dedalus is visited by ghosts. From night 2 onwards - a random dead player will have a one on one chat with this role. There is no graveyard chat to prevent cheating. The player will not know the identity of the ghost.

1x: Town Swapper:
You select another player and swap places with them ethereally for the night. All things targetted on them are cast onto you and vice versa. This must be cast on someone every night.

6x: Town Self:
Unsure of himself. Boring - no roles. Useless at everything.

2x Mafia Basemen:
Standard - don’t get lynched - vote on a nightkill every night.

1x Mafia Mirror:
You don’t like mirrors. Mirrors. One time user: target a player who will not flip their role if they are killed or lynched.

Competing setups? Can we host one at a time? Both of these look very good and I would not want to miss one to play the other.

317 said in teamspeak that he couldn’t go with the previous one due to player dropouts but if there is a mass demand for that one I don’t mind holding off on this.

Thanks. I will talk to the guys about their thoughts on that setup. Do not like to see a massive amount of work go to waste

i have evaluated this setup and it looks decent

in a playerpool with no meta on each other, this might be mafia sided. on this website, it’s ridiculously rand dependent.

I’m 80% sure on the current setup but may tweak some things with signees input if need be.

I may add another town role and another mafia role - the flavor text is very thought-out at the moment.

I can pencil you in if you want

Going to sleep will post more in the morning.

Sign. Can’t wait to play a game without jdance

Unsign if jdance is in the game

I am not playing any more games with jdance